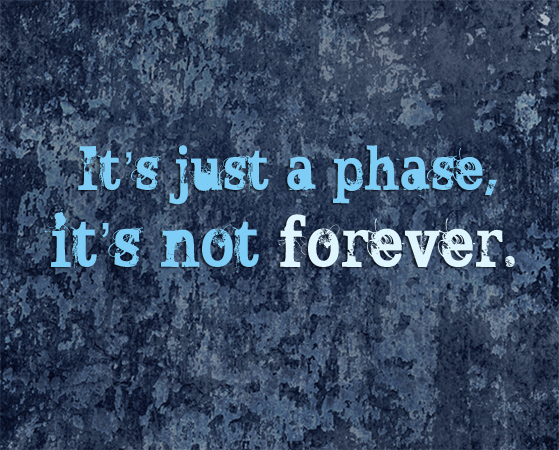 1. Have a 504 (or similar disability) plan in place. Hey, guess what! You’re not in middle school anymore! Mommy won’t always be around to demand the nurse give you Benadryl every time you break out in hives. It’s time to start communicating about your condition– by yourself. But—well, okay. I guess it’s alright to have Mom sit in on the initial disability plan meeting. I mean, she knows the whole story, she’s an excellent resource. Either way, your plan should tell your school, teachers, and faculty what it is that you need in order to make the most out of your education?

It’s time to learn how to start asking for what you need, because no one is a mind reader and no two disability plans are the same. What will work for you?

2. Deflect like a badass. Not a day goes by that a kid with a disability doesn’t have to do/say/or act a certain way that other students would interpret as bizarre. In high school, I often left class for 15-20 minutes at a time without asking permission or having my teacher take any obvious notice (even though she was well aware of why I was dipping out.) So a lot of times I would walk down the hallway and kids would stop me and ask, “where do you go?” or “how do you get away with that!? You’re so lucky!” Considering most of the time out I spent in the bathrooms dry heaving/ in the nurses office taking micro-naps to get from one class to another, or just sitting in the front office trying to quell a panic attack—I didn’t really feel so lucky. But I didn’t want to explain it to everyone either. Here are some quality responses to commonly asked questions of students with disabilities that you just don’t want to respond truthfully to sometimes:

Q:  Why are you never in class?

A: I already took this class online, so the teacher doesn’t care.

Q: What is that (medical device) attached to you? (For ostomy bags, insulin pumps, heart monitors

Q: Why do you take your tests in another room?

A: I get distracted too easily. (Not exactly a lie. You just don’t have to say from your symptoms.)

3.  Make friends with other students with disabilities/struggles. Because many diseases are invisible, you never really know who has what, and you’d be surprised how much you actually have in common with some people. You’re probably in the nurse’s office all the time anyways, try and get friendly with some other regulars. Here’s a cute story: First off, I know that pregnancy is not a disability, just making a point. I was once taking a nap in the nurse’s office when another girl came in and laid down, when I looked over she had her back to me and was facing the wall. I asked her what she was in for and she said she was just tired. We had a long conversation and ended up really cheering each other up. When she turned around to face me after a half hour of talking I looked over and realized she was 8 months pregnant. You never really know what someone is going through. Everyone struggles, and you’d be surprised how easily you can relate to others if you don’t judge them right off the bat.

4. If at all possible: HAVE A CAR. Cars are great. Great to drive home after school with instead of taking a loud, bully-filled bus. Great to sleep in at the school’s parking lot if you’re too tired to drive home after the last bell rings. Great to know that you always have a ride home if you’re feeling too sick to stay the whole day. Make getting that license a priority. Then making getting a car, any kind of car a priority.

6. Don’t put up with other people’s judgement and drama. You have one goal, and that’s to graduate. Because you, of all people, cannot put up with high school forever. You need to get the hell out of here—so don’t waste your time. Don’t get involved in drama. Don’t create it. Don’t think about it. Don’t go near it. Life has already given you drama, and that’s your disease. You literally cannot, should not invite anymore in. Don’t entertain backhanded compliments from girls you don’t even want to be friends with. Don’t take to heart the mean-spirited comments from teachers (or students) who don’t believe you should have exemptions made for your disease. Don’t worry about what everyone is saying about you having HPV, that’s not even a little bit true. You and your diploma are all that matters at the end of the day.

7. Go home and rest after school. Every day after high school, I came home, crawled into bed and just fell asleep. My body wasn’t built for 7-hour days, walking from building to building, trying to stimulate my brain into working for hours on end. So when I was done with everything I needed to do I did not go to a part-time job. (only worked on weekends) I did not join a team sport. I put on my sweatpants and passed the eff out. If you don’t get the sleep you need to keep going, you’ll aggravate your symptoms, increase your stress, and do more harm than good. Give your body a break!

8.  Be productive when you’re absent. While joining the soccer team was out of the question, I served on the school’s newspaper, the staff of a local teen magazine, created my school’s first literary magazine, and designed websites in my spare time. Even though I was constantly absent from school, I always kept myself busy at home in bed writing, designing, or just learning new skills. You may not have 100% control of your body, but you can control keeping your mind as active as possible.

9. Don’t detach from the experience. High school sucks for everyone, not just for people with disabilities. Whatever your symptoms or your struggles, don’t reject the idea that you might actually deserve some normal experiences. Buy a yearbook. Go to prom. Walk at your graduation. Even if you’re gritting your teeth through these experiences, the only thing you’ll regret is not having them at all.

10.   Know that it’s just a phase, and it’s not forever. If you’re lucky, high school is just four years. Four teeny-tiny, itsy-bitsy, blip-on-the-radar-of-life years. And once they’re over you can put your fists in the air and say NEVER AGAIN! This period of your life WILL end, you will have more control of your life in college, and for most people with chronic illness life will NEVER be as hard as it was during high school. Survive this, and you can survive anything, kid! 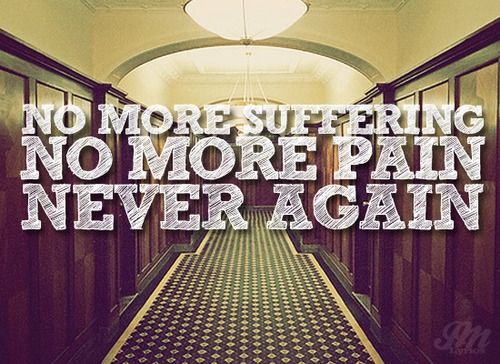 October 14, 2012
ChronicIllness Uncategorized 31 comments admin
← Ocular Migraines and Driving at Night Hizentra, Gammaguard? What is a Subcutaneous (Sub-Q) Treatment for PIDD Like? My Story. →