Another poop, another bone, as my dad always says. This week’s been more exciting than most other weeks. First off, for the last few weeks Dad’s been at home! It’s really been the best, although sometimes I had to remind him to play with me, he sure appreciated it!

He spent a LOT of time staring at the computer, with some books open in front, and looked absolutely miserable, meaning I had the burden of cheering him up. Whenever it looked like he got too focused on that boring stuff, I made sure to hop into his lap with my squeaky toy, playing a song just for him.

He looked just like mom looks when I squeak my toys, so I know he loved it. 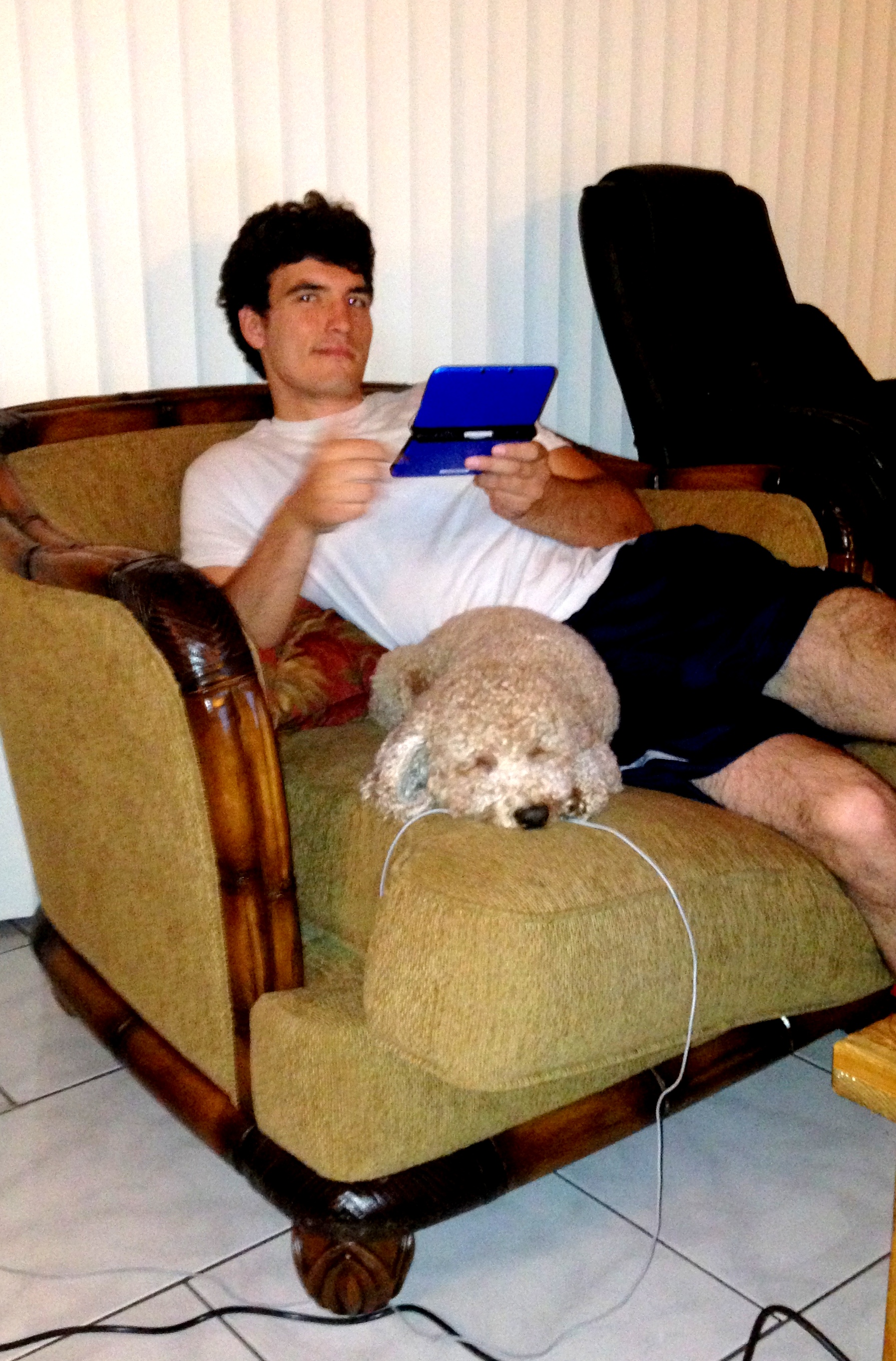 I also have a new….friend, at least I think he is my friend, sometimes I am not so sure. He usually hangs out in front of the house, trying to get in. At first, I didn’t really like this new friend, who kept barking in a weird way, while my mom fed him. 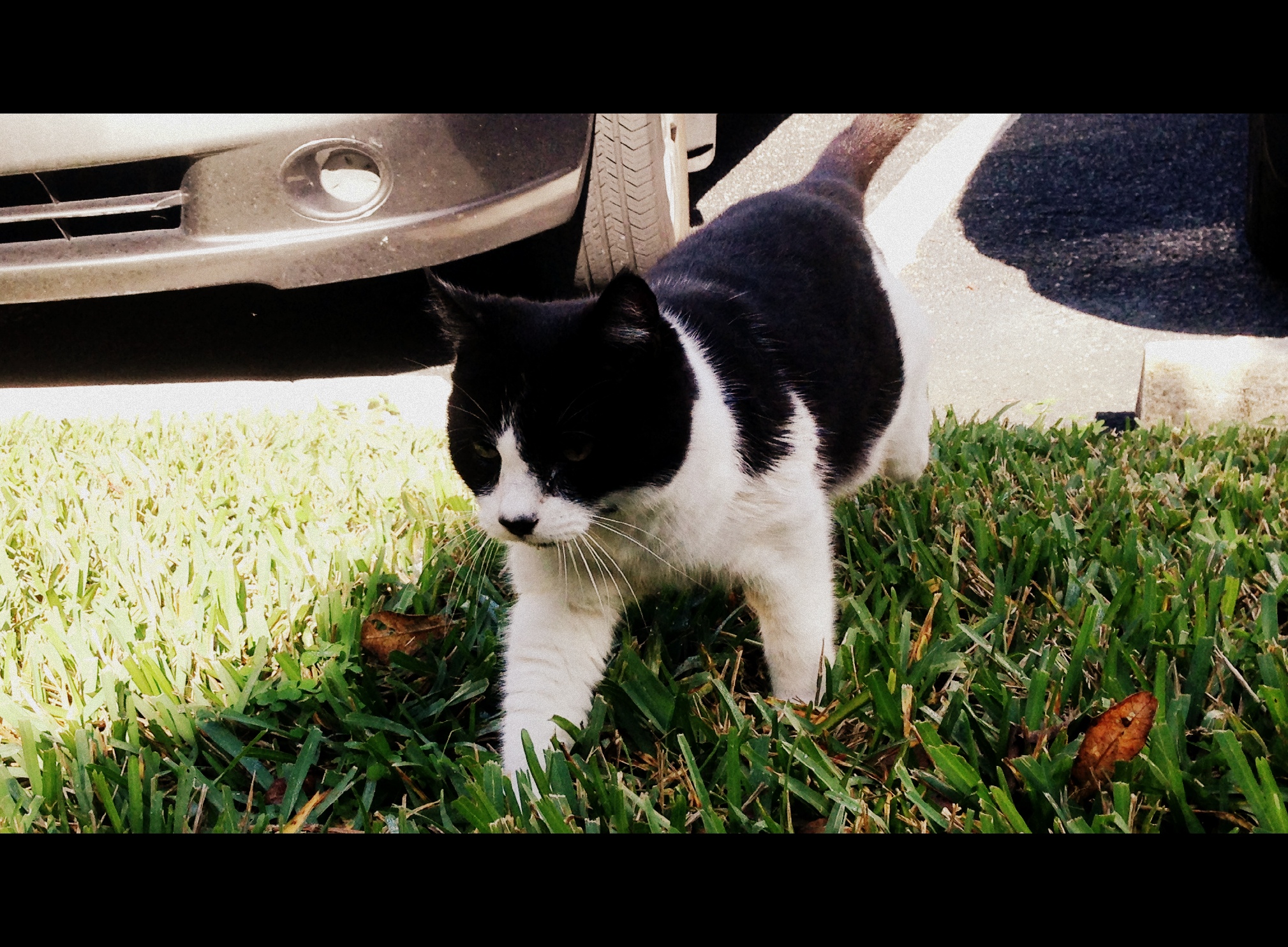 I think he might have been born with some problems. For one thing, he is an ugly dog. He has a small, short face, with perky ears on the top of his head, and a really long tail. Again, he looks and talks a little funny, but once you look past that he is actually really nice. 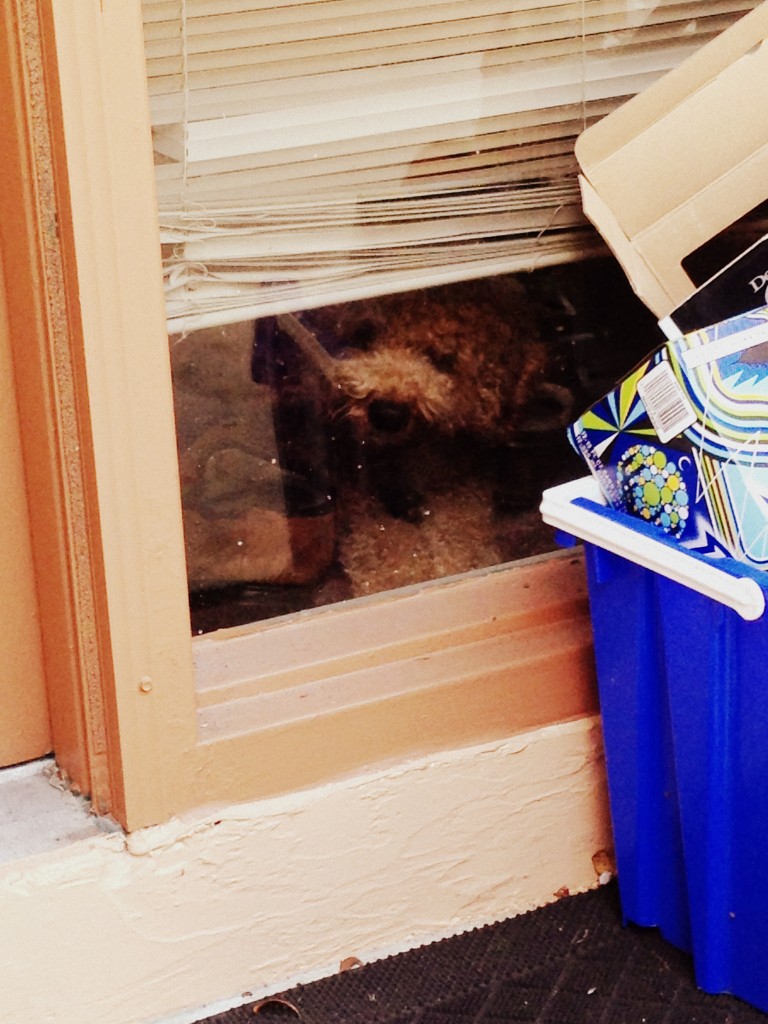 At the door, looking for my friend.

Whenever I go out, he usually is there, jumping around me or hiding in the bushes (He is black and white so he sorta stands out in the bushes, but I am not gonna tell him that). 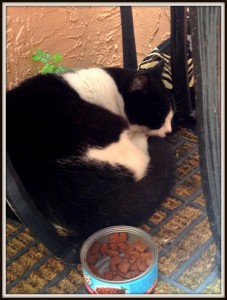 Mom was up really late with me one night, even dad fell asleep (Dad has to move me a little most nights, since I fall asleep on his bed). Dad and I were asleep, but then I heard mom get up and start playing on her computer. I thought she would go back to sleep soon, but instead we went out for a walk! 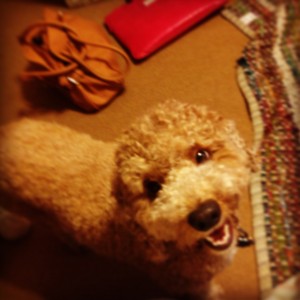 I don’t think even dad has ever taken me out that late. It was nice to be able to make sure all the spots I mark during the day are still marked at night, some dogs are so rude to mark over my mark!

I think that’s all that’s been going on. Mostly it’s been tough work, fetching the ball, finding a comfortable spot for a nap and making sure mom has a nap buddy.

But I think, in the end, she is worth it. 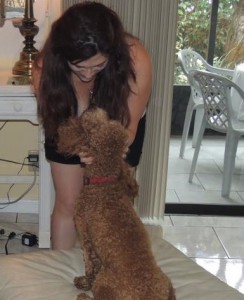 (As told by R.J, the Poodle Whisperer.)