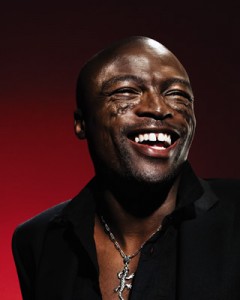 We all know that Michael J. Fox has Parkinson’s Disease and Montel Williams has Multiple Sclerosis, but did you know that Seal has Lupus?

There are lots of celebrities that go on to lead exceedingly glamorous lives despite their illness. (And you could too, if you had the cash to spend instead of using your spoons!)

Snoop Dog may be infamous for his appreciation for Marjuiana–wonder if one of his reasons is daughter Cori Broadus, who was diagnosed with Lupus at age 6?

Ever seen the show American Pickers? It’s that one where two guys travel around America in a van finding valuable knick-knacks to sell in their shop. Must be particularly challenging for Frank Fritz, one of the shows hosts who struggles with Crohns Disease. Even presidents don’t get exceptions when it comes to who the disease strikes. Dwight D. Eisenhower is also reported to have been a Crohn’s patient.

Anyone watch that episode of Keeping Up with the Kardashians where Kim had a swim wear shoot and suddenly came down with…a case of ….Psoriasis? It’s true–even mom Kris Jenner admitted she also has the condition. 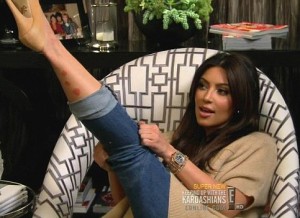 Despite her stellar bod and extreme work-outs, Jillian Michaels fights with both PCOS and endometriosis.  Athlete, Venus Williams, told the AP earlier this year that she was diagnosed with Sjogren’s, an auto-immune disease.

Here’s one you probably haven’t heard: Missy Elliot. Reports say she suffers from Graves’ Disease and can no longer drive because of it.

Sinead O’Connor deals with fibromyalgia on a daily basis, as does Morgan Freeman.

November 11, 2012
ChronicIllness Uncategorized 26 comments admin
← Being in Love: Pinballs and Prom and Things You Can’t Plan Do Not Faint in The Discount Grocery Store →