Why should patients with chronic illness pay closer attention to their teeth? You are at an increased risk of dental problems. This is cautionary tale!

When you have a chronic illness—it acutely impacts so many different areas of our bodies, our teeth most often come last in line for treatment. Conditions which cause chronic dehydration, dry mouth, vomiting, acid reflux, and breathing problems can all result in dental decay.

Conditions like crohn’s disease, colitis, celiac disease, bulimia, IBS, IBC, gastroparesis, and many other GI-related diseases put you at an increased risk of dental decay.

Antibiotics and many other prescription medications can put you at an increased risk as well. So particularly for patients with immune deficiency diseases— you need to be getting your teeth cleaned MORE THAN EVERY SIX MONTHS.

I also want to reiterate that I had three dental cleanings during the course of this past year. But we didn’t take x-rays and my dentist at the time wasn’t aware of the conditions I had or how much at risk I really was.

It is up to the patient to be proactive about their dental care. It’s got to be more than just brushing and flossing and coming in twice a year. Get. Frequent. X-rays. Alert your dentist to your medical situation. Fill cavities early as needed.

Below is my story:

About a month ago I made myself the most fabulous looking greek gyro. I remember I was so excited to dig into this soft baked naan I’d bought and I took the first bite and something just felt…wrong.

And I was like, how in the hell did I manage to cut my lip on soft-baked naan?

Then I looked in the mirror and to my immense horror I saw my own personal nightmare staring back at me.

Now let me stop here and preference this by saying: my body has been through some incredible shit in my life. I’ve had more procedures and surgeries than I can count. I’ve been cut open and re-arranged and had bones shaven down and organs pulled apart.

I’ve had surgeries without anesthesia. I’ve had stitches pulled out of my eyeballs. I stick a giant ass needle into my chest on a regular basis because it is the most convenient way of treating my disease.

But good lord, dental work is my nightmare.

One of my front teeth has split right up the middle (and subsequently cut my lip). I looked like a god damn hillbilly. You might ask: One tooth, Ilana? One tooth and you look like a freak? How can you be so vain?

Except it wasn’t one tooth. It was the fourth front tooth that had broken off this year and I now had a row of completely different size front teeth. There was no way of hiding it or telling myself it could be shaved down or matched to the worst one of the set—no. This was the nail in the coffin. These teeth were now going to have to be replaced.

This wasn’t a complete and total shock. During the early 2017 port-infection fiasco where I was on IV antibiotics for several months I’m sure there was some mention of “this may cause cavities or enamel weakening” by an immunologist at some point.

But I was a little more worried about the GIANT, GAPING HOLE IN MY CHEST. Apparently weak teeth are a hallmark of both Primary Immune Deficiency Disease and Dysautonomia. I’d heard some horror stories here and there from other patients—but for some reason I just didn’t think anything was going to happen to me.

Because, you know, aside from a few tiny complex diseases I’ve been called an “otherwise quite healthy young person.”

At my first consult we took some x-rays. The nurse popped them up on a screen above the chair and when the dentist walked in he did this low whistle-through-his-teeth thing.

“THAT ISN’T A GOOD NOISE WHY WOULD YOU MAKE THAT NOISE?”

“Are you looking at what I’m looking at? Look at it.”

For reference, this is what we were looking at: 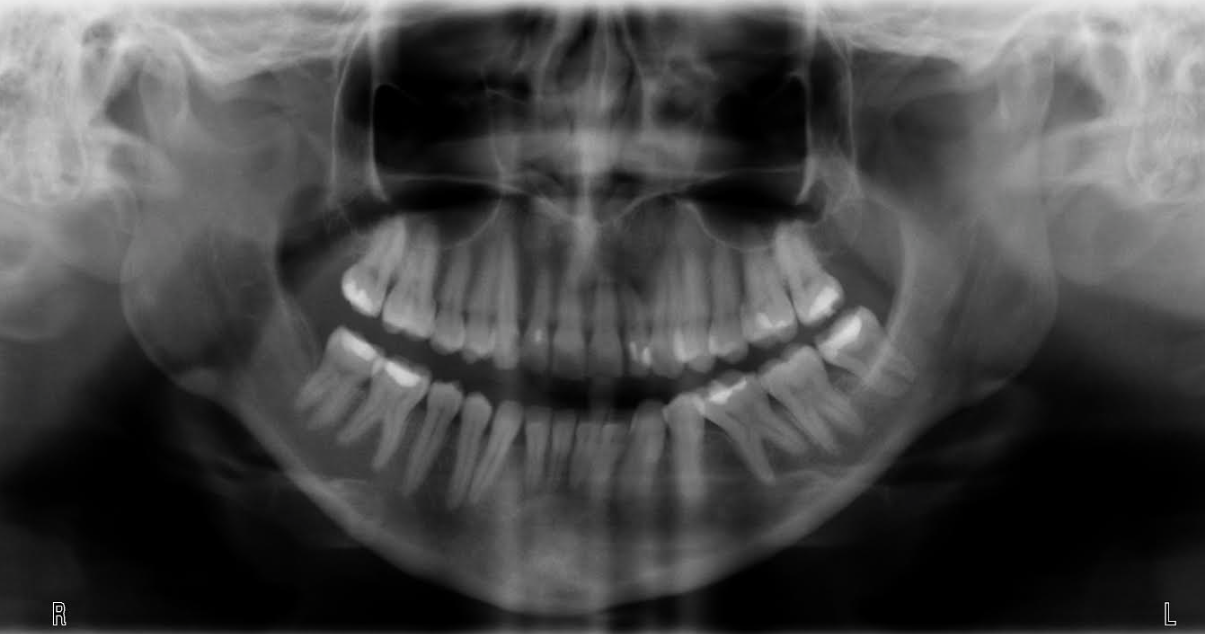 All I’m thinking is: they’re all still in my mouth—surely you have seen more distressing cases of dental decay than on someone who still has all their teeth in their mouth?

I didn’t grow up in a third world country here. I had THREE dental cleanings in 2016. I mean maybe I’m not a religious flosser—but is anyone a religious flosser? It’s not like I was neglected orthodontically either. I had braces for three years. I had a pallet expander. I had headgear.

I realize this argument is now becoming hazier and hazier. I just want to make the point that this wasn’t a situation where I had never visited a dentist in my life and now suddenly a dentist was making a LOW WHISTLING NOISE upon seeing my x-rays.

He pointed out that my top row, six front teeth (including the teeth that had all been chipping away) were nearly translucent on the x-ray. In his professional opinion they were not only all beyond saving—they all needed root canals.

In total, his opinion was that I needed 6 full caps (implants, basically—but he thought maybe he could save the roots) and 6 root canals.

I thought my world was turning upside down and that was before I even saw the $17K out of pocket estimate.

That day he attempted to put a temporary crown on the broken tooth. We couldn’t get it to stick and I went home in a state of hillbilly hysteria.

After a week of deliberating, I saw another dentist for a second opinion. This one was much better. He said that the first dentist was way overestimating the damage and figured I would probably only need one or two root canals—IF ANY.

But my six upper front teeth? Done. He thought he’d be able to save the roots, but I would need full porcelain replacements. Having now perilously eaten nothing but yogurt and hummus and frantically checked my credit score, I scheduled the surgery for December 21st.

Needless to say, I’m a little bitch. So as long as I was going into dental debt, I was doing this thing under sedation.

I was feeling all kinds of anxiety about the situation. And yet, for the first time I really felt like less information was better. There was no getting out of this. There was no alternative opinion. I wasn’t going to just sit around and continue to let my teeth break all up in my mouth.

So without knowing what I was really getting myself into, I woke up on Thursday morning and took as prescribed: 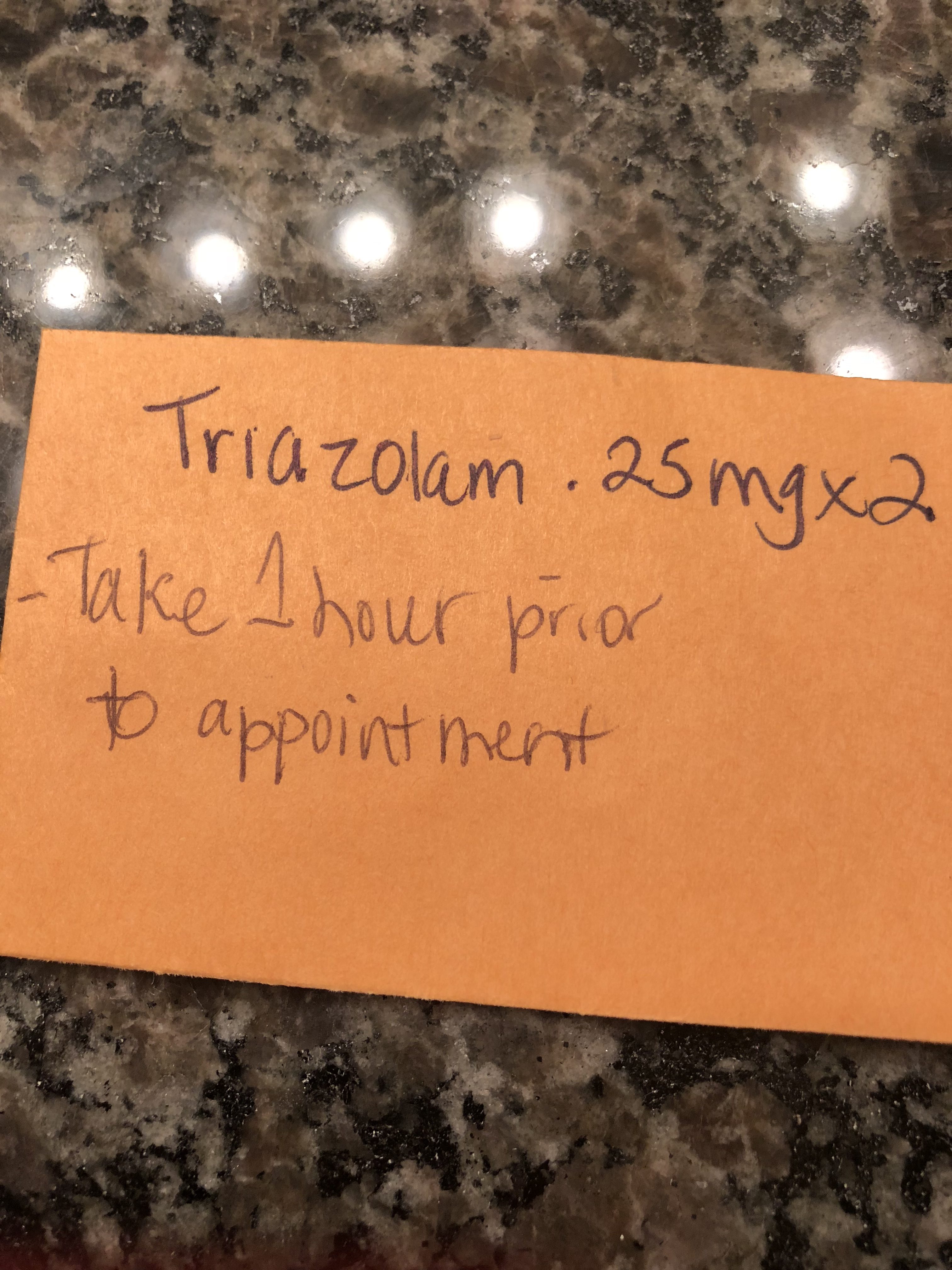 And that’s about it.

I remember swallowing these and that is about it as far as the procedure goes. I was also given a shit-ton of drugs via IV an apparently I slept like a princess on a temperpedic mattress—but all I remember is waking up the next day and being like…

THERE ARE TEETH IN MY MOUTH.

And so this is what having your gums electrocuted feels like.

After some digging, it turns out that I didn’t actually need any root canals—that the damage had stopped right up to the nerve. The dentist did warn me that I may need one in the future, but hopefully they were able to remove and halt any more damage. Now I have a mouthful of acrylic temporaries that’ll stay in for three weeks while my porcelain molds are made.

BELOW: My teeth before the major break but still chipped in some places/ AFTER: with temporaries on waiting for my caps to be created. 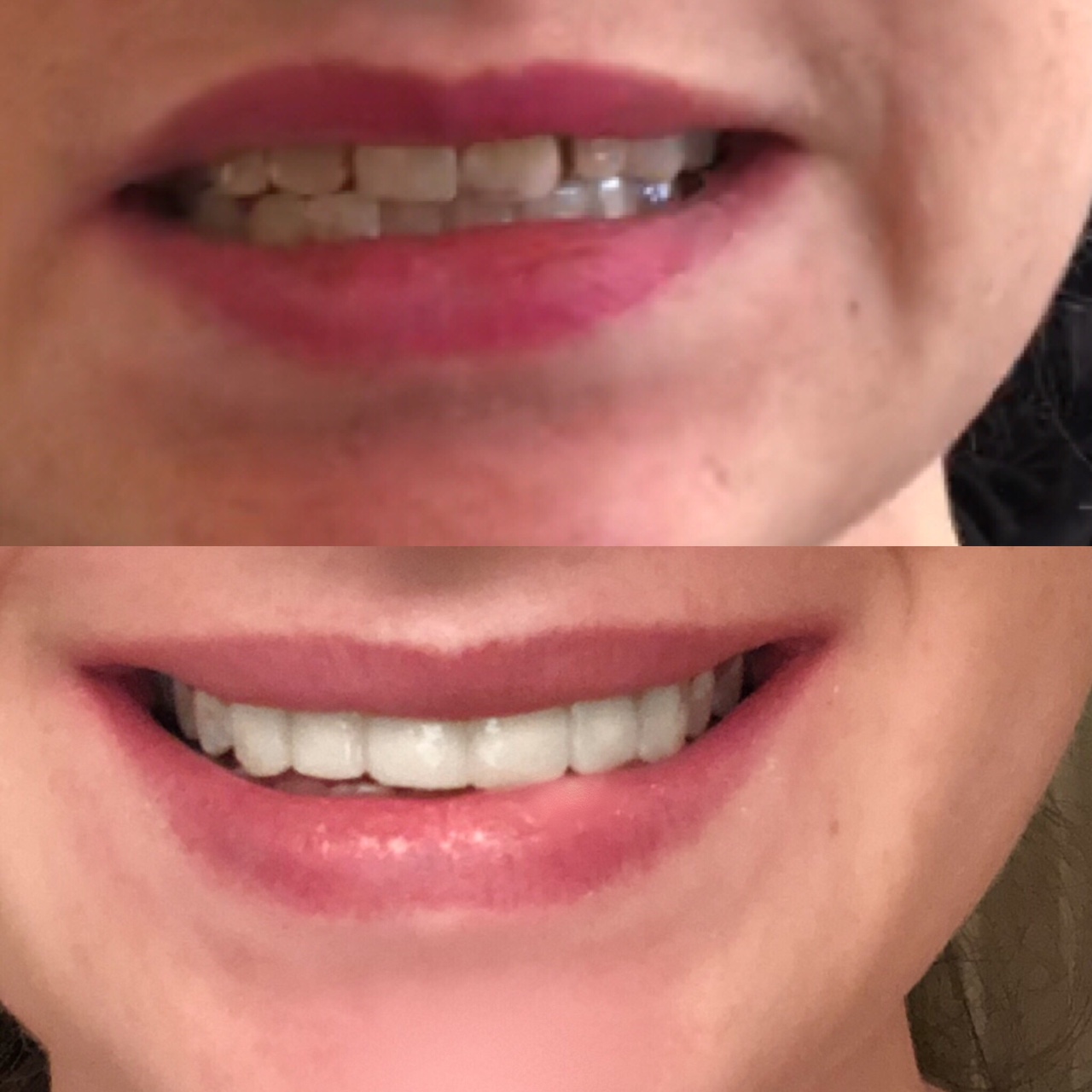 So in the end, even as I sit here with what feels like a pair of halloween vampire teeth pressed up against my gum line, my story had just about the best possible outcome anyone in my situation could have had.

I’m writing this post because I feel massively grateful for my first-world, outrageously fortunate response to a dental drama.

And I want more patients to be aware if you know that you have a chronic illness you can help prevent/prepare for dental disaster by:

And I’m also writing this post so that those who may not have a chronic illness yet see other snaggle-tooth smiles out there know that:

And for many patients who get to the point in the course of their disease where their teeth are falling out of their mouth from treatment, they’ve usually accrued a good $50K in medical debt, faced long-term disability and can’t immediately afford cosmetic dental work or have the credit to finance it.

For those of you in need, here are some great start resources from Cancer Fairy Godmother, 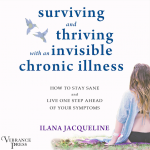 December 25, 2017
Advice 12 comments admin
← VIDEO: How I Access My Port #HealthyJealousy: How We See Chronic Illness on Instagram →

12 thoughts on “Chronic Illness & Dental Care: What You Should Know”