[Disclaimer: I am NOT being paid for this review. I have had NO contact with MDvip except as a member of their service.]

Do any of you watch the show Royal Pains? If you do, you probably still only have a vague idea of what a concierge doctor does. You probably are also under the impression that you have to live in the Hamptons to afford one. 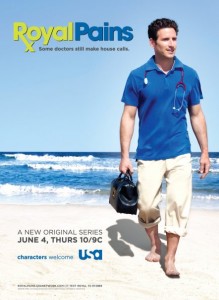 Like Dr. Hank! (But my doctor almost always wears shoes.)

After dealing with a willfully uninvolved internist who had too many patients and not enough time to help coordinate all my doctors, my mom and I started to ask around about concierge doctors. We had been recommended to get one by several specialists. Like many people with immunodeficiency diseases—I’m susceptible to infections just about everywhere (lungs=pulmonologist, sinuses= ENT, GI tract= gastroenterologist, etc. etc.) And juggling the medications, recommendations, hospitalizations—it can be overwhelming and that confusion can be detrimental to your overall care.

Take a look at the questions below:

If you’ve answered yes to these questions, get yourself a concierge doctor. Like…yesterday.

I called MDvip several weeks ago and spoke to a representative. As it turns out, the cost of a 6 month membership was SIGNIFICANTLY less than what we were paying in emergency room bills. The rep helped me go through the website and see what doctors were in my local area. There were over a dozen to choose from. The rep suggested that I take a few days to call each doctor and ask their secretaries a bit about them. Here were some of the questions I asked when trying to decide if they were the right doctor for me:

I’m not saying that every doctor is a great concierge doctor, but after a few calls I settled on one whose team passed the phone around to rave about him. It wasn’t that they were giving him a great review—it was more the fact that they stayed on the line with me for fifteen minutes without complaint going over his qualifications. They also scheduled me for a “meet and greet” appointment for just a few hours later.

My initial meet and greet appointment with the doctor started by being introduced to all of the staff, shown the office, and then an 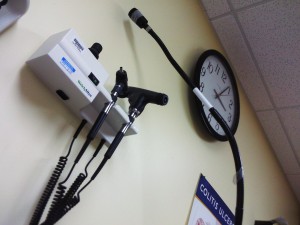 over an hour long interview with the doctor. We discussed some ideas for how we could manage my health, what kind of communication we could ensure between him and the rest of my physcians, and a plan for what happens when I go to the emergency room.

Here were some benefits that sold me:

I’ve been posting a lot of links to Reddit, and the POTS and Immunodeficiency groups on Facebook and I want readers who visit my blog to know where I’m coming from on this. I am NOT being paid/asked to review MDvip. This is legit something I googled, researched, signed up for and it worked for me.

As someone with a chronic illness, a very ACTIVE chronic illness, working with my concierge doctor has changed the entire process and decreased my personal stress and my family’s stress tenfold.

I also want to stress that I can’t vouch for every doctor in their company. Maybe I’m just lucky to have found one that rocked. But if the other doctors are half as good as the one I got, it’s at least worth looking into.

September 5, 2012
ChronicIllness Uncategorized 34 comments admin
← Saving Those Spoons: Tips for Saving Your Energy in Every Day Life! Location, Location, Location: Deciding Where To Live With a Chronic Illness →