Did you ever see that movie Defending Your Life?

But growing up, this was one of my favorite movies. Back when I was a kid I loved it because it depicted a world where you could eat anything (everything) in excess–and never feel sick or get fat. Just endless sushi and omelets and everything was delicious. (As a kid who later in life developed a whole index of food intolerances this was a particularly moving sentiment.) 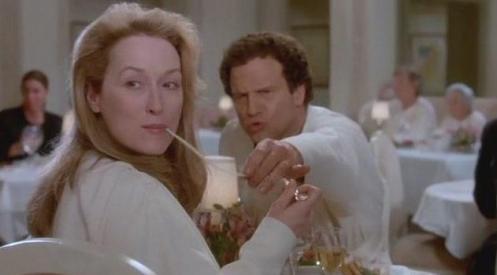 Meryl Streep demonstrates this phenomena with an endless piece of pasta.

That’s still one of my favorite parts–but as an adult, I love this movie because I think it says a lot about your life. If you haven’t seen it–here’s the IMDB summary:

In an afterlife resembling the present-day US, people must prove their worth by showing in court how they have demonstrated courage.

Which is pretty vanilla considering the grandeur they show in recounting each character’s life. They talk about the moments in their lives that were defining–decisions they made and why they made them. They didn’t judge how smart you were, how much money you made, how many kids you had or what kind of job you took. The key to moving on to somewhere better? The strength of character to have overcome fear.

The fear of running into a burning building to save your cat–and the fear of asking for even more than you think you deserve during a job interview. Wherever there were moments in your life where you let fear get in the way of what would make you fulfilled and happy–that is what they brought to trial. 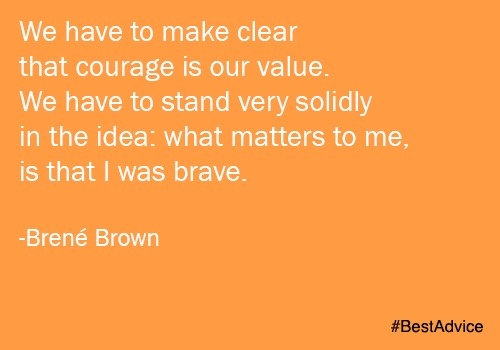 It’s something that’s always in the back of my head now: if I were defending this moment in my life–could I truthfully say that this was a moment where I chose to be brave?

What are you not letting fear take away from you today?

October 7, 2014
ChronicIllness 31 comments admin
← Where Will You Be When You Get The News? I Was At The Doctor. Duh. The Moment You Finally Felt Independent: Living With Chronic Illness →

31 thoughts on “Defending Your Life: I Hope I Can Be Brave”

Leave a Reply to Blogger Listening to Music Cancel reply