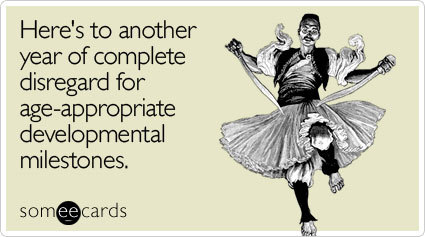 At sixteen, I had some real delusions of grandeur about where I would be at twenty-three.

Of course, to a sixteen year old, twenty-three is practically middle aged. So it shouldn’t come as too much of a surprise that I imagined then that at this age I would be married, on my way to having my first kid, and living in a house with a backyard.

I guess at that age I wanted to dream big. Because I never thought I’d actually make it to sixteen. Now let’s pause for a second and look back at how dramatic that sentence is. But I legit was like—yo, I’m not going to live past fifteen. It ends in freshman year. Was there a reason? No. Was I dying from some crazy disease? Nope. Was I planning on walking the silver blade down the red river? Dramatic—but no, not in the cards. I just couldn’t see myself becoming that much of an adult…sixteen—driving (of course I wouldn’t drive till 17 because I failed my test three times,) gearing up for college, getting a boyfriend—it all just sort of seemed like a pipe dream to me.

Is this where I’m supposed to show a picture of me at 16? Yeah, well that was two noses ago. So dream on. 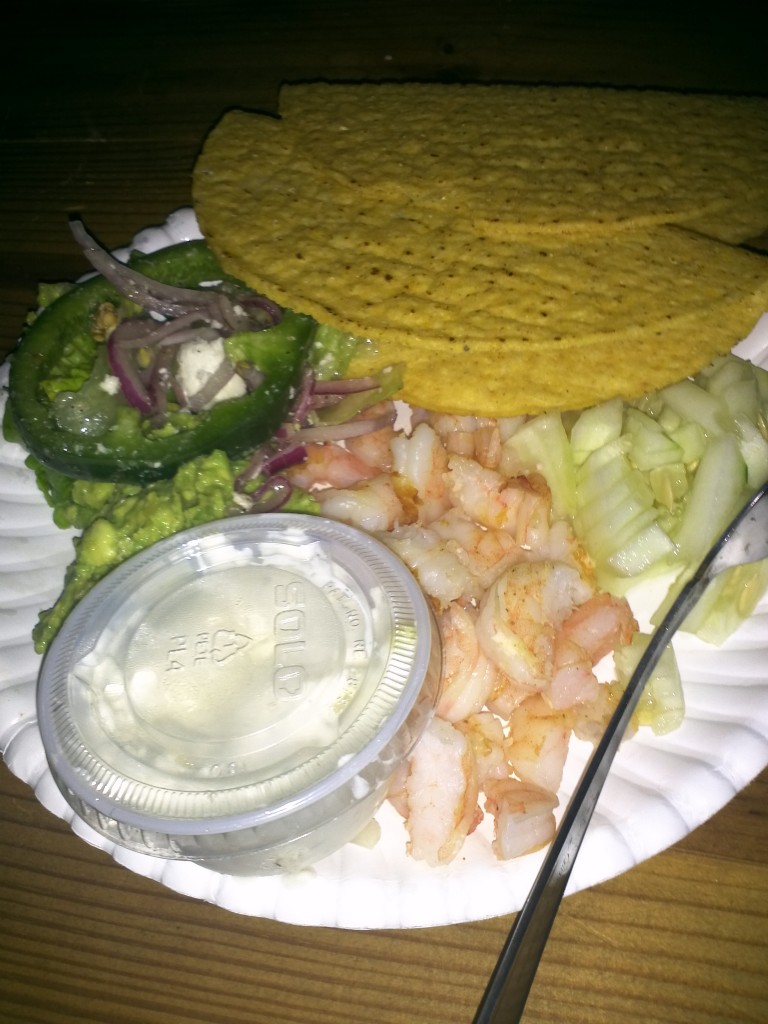 The shrimp and guac are homemade–the tsazkiki sauce and salad are leftovers from my favorite Greek place!

Ok, back to the point…

So when my sixteenth birthday rolled around and my pulse was still going strong I was all like….

Which thankfully—is no longer my attitude on birthdays. I’m taking this one pretty calmly. I’m so distracted this month by work and life and my body and money and Happy and Bewjeled. Who has time to contemplate life?

Oh right—I’m a blogger. Okay. Give me a second…

I guess I’m not doing too bad for myself comparatively. I’m not homeless. There are no gaping piercings to surgically correct. My first kid is NOT (unexpectedly) on its way. The leftover containers in my fridge do contain some portions with vegetables. I guess I do some adult things.

I’m kind of putting my money on twenty-six right now. That seems like it will be a good year for me. I like to think that since it’s the year I’ll have to go off of my mom’s insurance—I’ll have to have my own. And since that is a definite—not a maybe, it means that I’ll either have a job with insurance or a husband with some!

Anyways. We have a fun weekend planned. I’m having a little house party on Friday night  that R.J is throwing for me, and then dinner on Saturday at Florida’s most authentic Chinese restaurant, and a BBQ Sunday night at R.J’s mom’s house.

I don’t know—23 isn’t exactly a milestone, but I guess every year I’m still kicking (and screaming and shopping at Target) is a year worth celebrating!

One thought on “Delusions of Grandeur: 23rd Birthday Edition”