The things about having a disease where the blood doesn’t circulate to your head–and instead pushes the blood down to pool in your lower half–is that you can’t stand for long. This has always been in the equation for me and nothing is scarier or more uncomfortable then when the sheet of black comes crawling over your eyes and you have to shoot to the ground to get it to lift.

It is. But this week, adding the tremors to my new routine–It has been hilarious.

I wish I could have recorded the moments these past few days where I just kicked it.

So, I’m standing there–right? I’m getting dizzy, I have to squat. I’m in my backyard, I’m squatting over a small bush trying to fix a wire frame, reaching, grabbing feeling my whole body quake with tremors, as my hands practically bounce off of the metal…

And then I just ate it.

Like face first into the dirt. No preamble. No notice. Just WHAM. Face. Dirt.

Me knees were in the dirt too and as I tried to rearrange my body to get back on my feet, I lurched upward in one glorious motion and unceremoniously ate dirt. Again.

The whole time Happy is beside me, sitting as calm as can be like, “Ok, Mom. You’ve had your fun. Can we play with the ball now?”

Even though he was the only being who could have witness this moment, I still felt embarrassed and quickly got my blasé poodle, dirty face and dirty knees back in the house.

My mom had foot surgery on Friday so I came over on Saturday to hang out with her and make sure she didn’t slam her foot into the wall with her wheelchair (A more difficult challenge than you could imagine.) At some point in the afternoon I took her dog (Sabrina) and Happy (who had tagged along with me) and headed out for a long walk in the unforgiving heat of a Florida summer.

Sabrina is a natural walker. Like you put that leash on her and she goes. Happy is a little more reluctant. He wants to stop and smell the roses. He wants to nose around at things on the ground. But worst of all of these is that he likes to interact with bigger dogs than him.

And when I say “interact” I mean he likes to talk shit.

He’s un-restrainable when he sees a giant dog. He’s a challenge to subdue when I’m using both hands and applying pressure. On this particular afternoon I was walking with two leashes, two dogs, one cell phone, and a gatorade. I was no match for the random as hell BERNESE MOUNTAIN DOG heading at us from around the corner. (For god sakes, who subjects a dog like that to a Florida summer???) 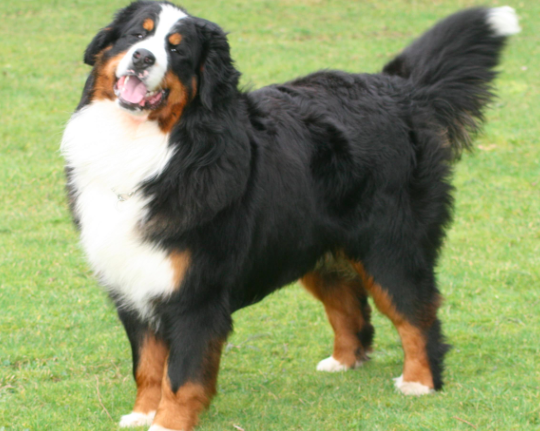 a visual for you

It was doomed from the first bark.

First came the cell phone crashing out of my hand onto the sidewalk when happy careened forward as he started the backtalk (presumably) about this dog’s mother.

Sabrina’s leash went one way, Happy’s in another so I had two arms pulling me in different directions–the gatorade got lost in the chaos at this point.

“HE’S NOT FRIENDLY,” I said, very unnecessarily to the couple standing a few feet back. “HE THINKS HE’S A BEAR. IS THAT A BERNESE MOUNTAIN DOG? WOW.”

Happy started a weird yelping, barking, crying song that eventually got the couple to move along. But Happy continued to sing until I squatted on the sidewalk so I could get a better grip–but then, and I guess you know what’s going to happen…

My hands started trembling around his collar, my vision got cloudy and dark. And then my knees slammed into the sidewalk and down I went with them.

However, this didn’t stop Happy, who was not even slightly inconvenienced and tried to sneak away while I was getting myself up.

Mortified, I managed to get them both back home. 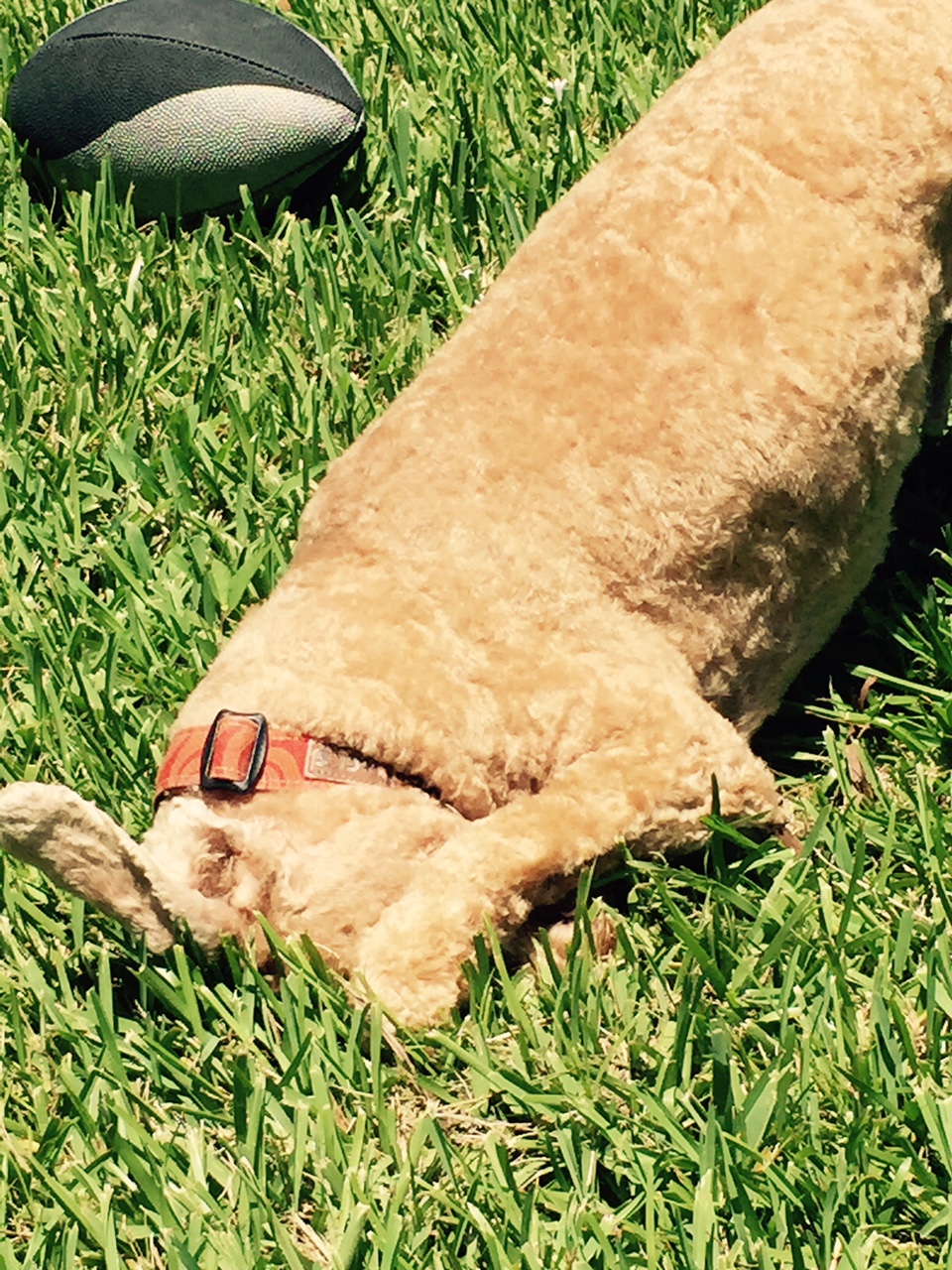 Happy can be such an asshat when he wants to.

I’ve had trouble with it other places too: at the grocery store trying to get things off the bottom shelf (ate linoleum at Target), reorganizing the closets (a constant renovation project in my house) (ate dust bunnies, craft supplies)…

It’s kind of like when I first started getting boobs and they overpowered my frame from the front and it suddenly became 85% more likely that if I leaned forward even slightly, I could lose my balance and trip forward. Training bras won’t do me any favors in this scenario though.

Still–the upswing continues! Migraines are becoming more and more infrequent (except for the one I have right now from spending the last six hours moving furniture and selecting pretty much everything I own for the goodwill bin.)

Anyways, back to my regular scheduled clumsiness 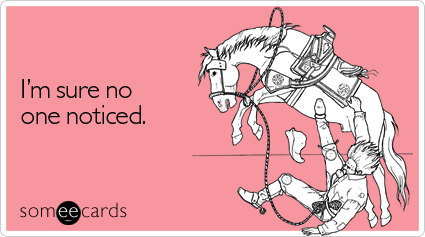 August 9, 2015
ChronicIllness 32 comments admin
← Eight (Actually Useful) Ways to be a Better Spouse to Someone with Chronic Illness The Hunger Games: Gastroparesis Style! (Or If You Ever Wanted to Know Why I Eat So Weird.) →