When Happy was apuppy I used to carry him around in my big fake Louie Vuitton purse with a towel on the bottom so he could curl up and fall asleep.

He would rumble around in there until he would roll over backwards and fall asleep while we went around doing our errands. 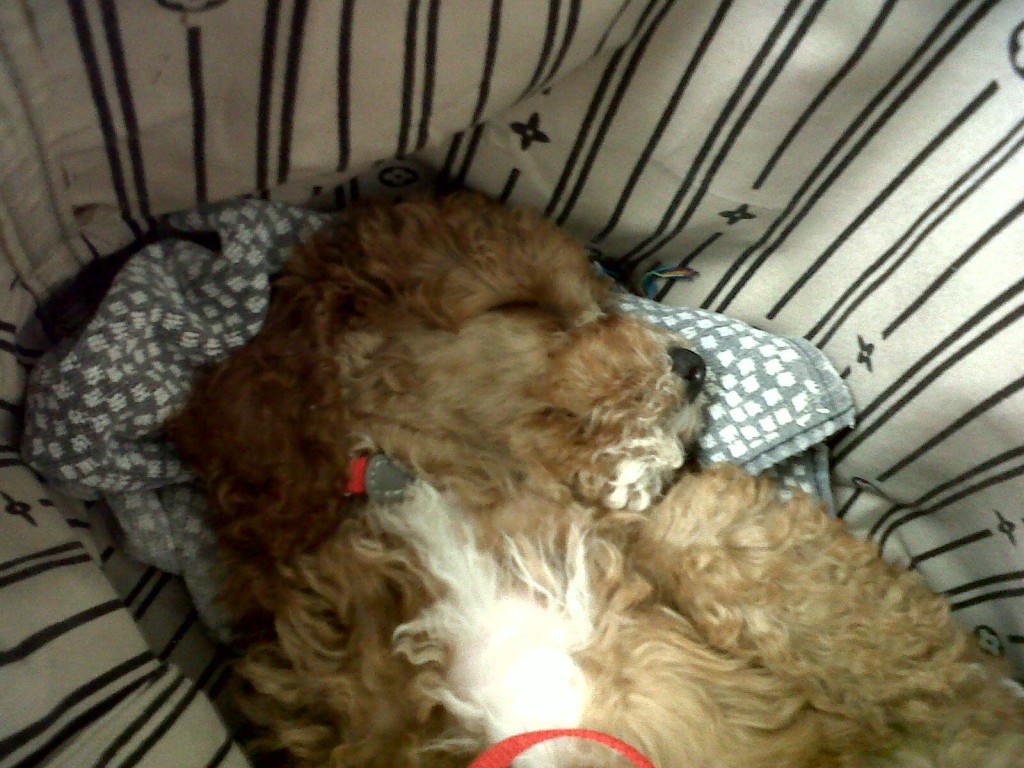 And he made me so happy.

At night, before he was house trained, I used to sit outside with him for forty-five minutes before bed so he could sit in a fenced in patch of grass and do his business. This was before he liked the idea of having a leash on and going for a walk. Instead we’d sit in the grass, three times a day, and he would yip and bark and after almost an hour of not discussing why we were here–he would get it done. 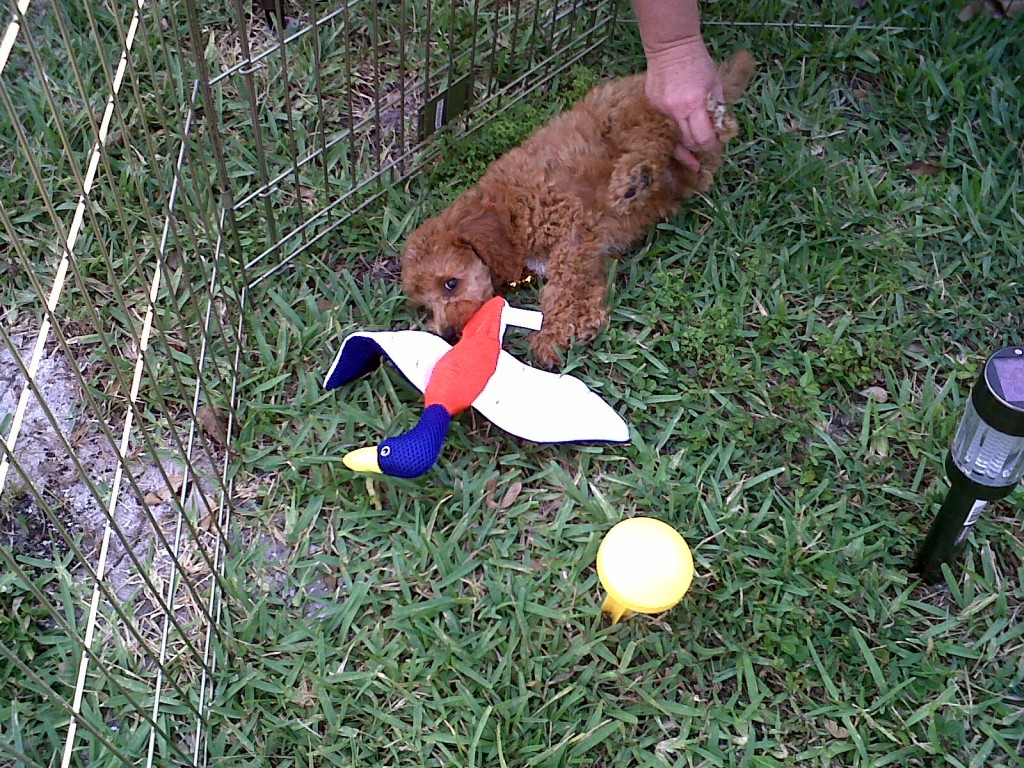 And he made me so happy.

But bed time was the best! Happy would run and run all around my room, bouncing off the walls, catapulting himself off of my mattress and then snuggling up under a blanket on my trundle…until he was asleep enough for me to move him into his crate. 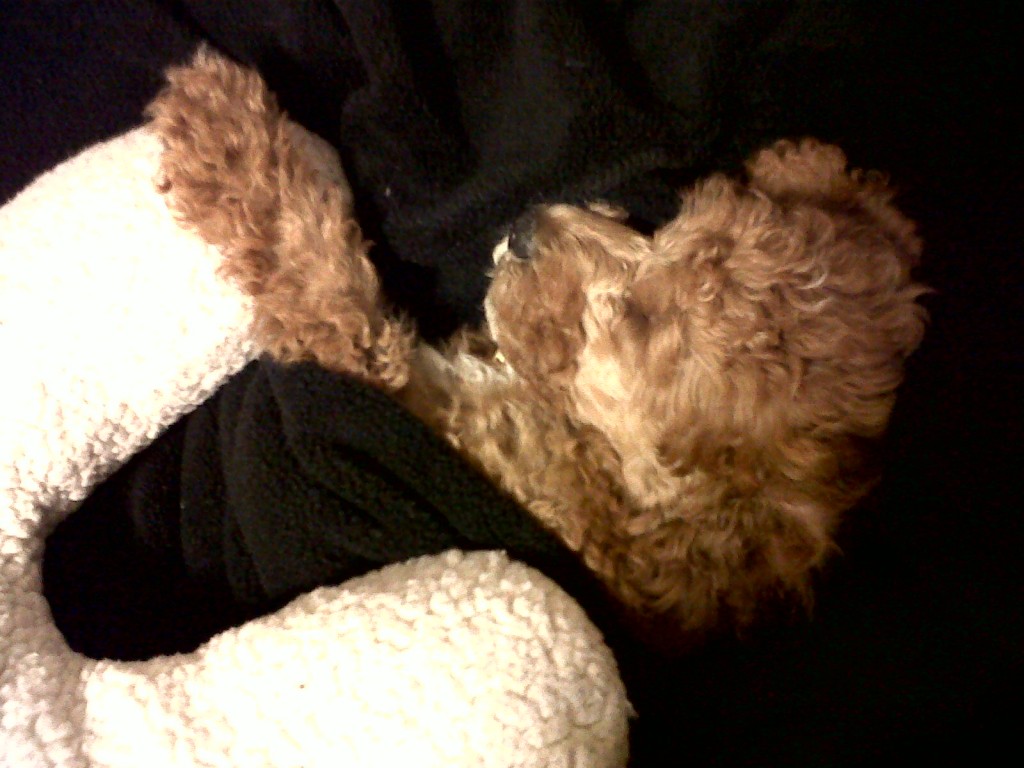 And he made me SO happy.

Today hasn’t been such a great day and even though it’s hard to figure everything out and put aside the huge, heavy amount of disappointment this week has reigned in–looking at these pictures, knowing that right now the man I love is at home taking care of the Bear I love is making everything feel a whole hell of a lot better.

After all, I know that Happiness never really goes away. It’s just takes a quiet nap in the corner sometimes. 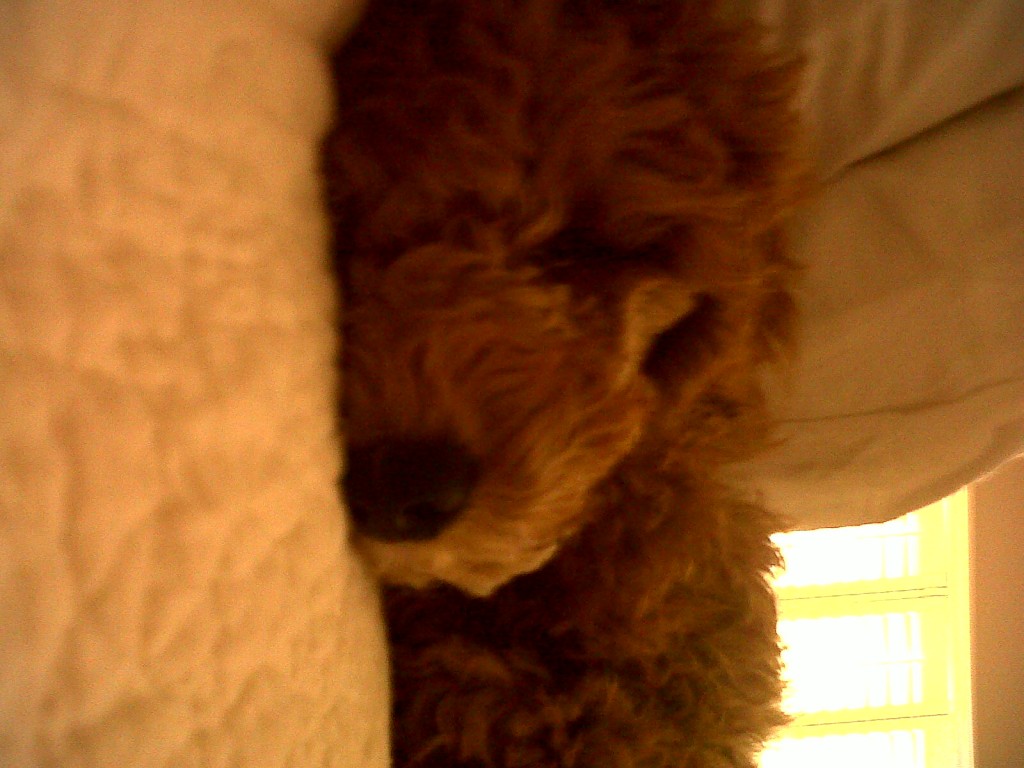 11 thoughts on “If It Makes You Happy”