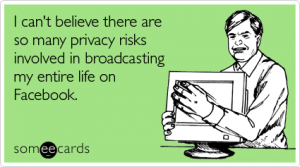 Well, this has been an absolute shit storm of opinions, huh?

I’m glad other patients are speaking their minds about both the good and the bad at the treatment center. And I’m in awe of some of the more negative responses to me for sharing my experience.

Sorry to disappoint, but I’ve never been one to take things lying down—POTS or not.

And to all of the patients who are concerned that I’ve influenced others about not participating in biofeedback, I guess I need to put out a disclaimer:

My opinion on biofeedback does not detract from the effectiveness of biofeedback for anybody else in the entire world.

If they take it, it will either work for them or it won’t. My writing out my opinion doesn’t change that.

(Such truth attaches itself to the idea of canned tuna being any less tasty for you than it is for me, because I prefer fresh tuna.)

People with POTS are described as Type-A personalities. We’re over-achievers. We want things and we go out and we get them. I like to believe that because of that characteristic—most of these patients are smart and damn capable of making up their own minds after they’ve been presented with all of the possibilities—and all of the facts.

I’m not afraid—so don’t be so intimidated by the expression of other’s viewpoints. It took me a long time to realize that other people, can never feel what I feel in my body. And that’s why I took to this blog to show the world as it really is—to me.

Most importantly, the post below did exactly what it was supposed to do: it made people ask the right questions, search more aggressively for what they really wanted, and asked them to explore what would happen if things went in a different direction.
Even if someone reads this, thinks the treatment program may not work—but still feels like they should give it a shot—they shouldn’t be shamed or feel badly. Everybody has a right to explore their options. We can’t argue with hope. It’s a pretty strong emotion—one I now know I have in spades if it got 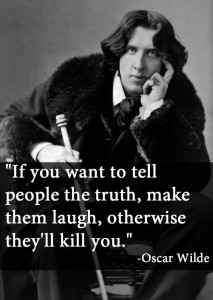 my butt on a plane and back.

And whatever was said, whatever was argued—know this:  I’m going to feel better. I don’t care if I’ve got to tear down every wall and stomp on every contrived theory until I get the real deal. If you’ve got the balls to say you’ve got the end-all-be-all treatment, I’m going to call you on it. Because let’s face it: we’re kind of a vulnerable community. You’ve got half a million patients (and an estimated 11 million globally) with POTS and you’ve got—what—three…maybe five doctors who say they can treat it? And we’re desperate. If you told us that drinking our own blood and dancing in the moonlight would cure us, we’d probably all secretly convene in our backyards at 2AM with a sharp knife, a glass, and some Spice Girls on replay.

Even the possibility of a cure or a treatment is inestimable power. Who is researching this disease? Are these pharmaceutical companies even researching drugs to develop for POTS? Is anybody out there fighting for me?

This experience didn’t break my spirit or crush my hope. It just woke me up and made me realize that if I’ve got to drag the government, NASA, and every bigpharma company in the world to one table to hash it out over bagels, I’m going to do it.

So bring it on.

March 15, 2013
ChronicIllness 2 comments admin
← The POTS Treatment Center Program Disclaimer: We Need to Talk The Playlist of Songs for Being Sick/ Dealing with Chronic Illness/ Dealing with Disease →

2 thoughts on “I’m Glad We Talked: Now Can Someone Get NASA and Pfizer on The Phone?”