A few months ago, when I was first diagnosed with Postural Orthostatic Tachycardia Syndrome there was an idea that my doctors kept floating around. This idea was called Compression Stockings—and they were literally the most unflattering medical aid I could think of.

I kept thinking of those beige knee-length socks that old men wear while waiting for their wives outside the dressing room at Loehman’s. I kept thinking of old-man-knees whenever I thought about it, and it really put me off.

Grudgingly, I took my prescription to the nearest surgical supply store and placed my order. They told me they would call me when it went through my insurance to let me know what day I could pick them up.

I had almost forgotten about the stockings up until a few weeks ago when I found myself sitting on the sidewalk with Happy, trying to swim out of the dark shadow that had knocked me down, once again in the Florida heat. Like it or not, I was going to need those stockings.

Maybe it won’t be so bad, I told myself, I’ll look around, maybe they have ones for people like me—young and not familiar with wearing suspenders or depends.

The site is called Rejuvahealth and its run by a young female entrepreneur named Kelsey Minark. Kelsey seemed to have met the same dread as me when confronted with the idea of wearing stockings, and thank god—she actually did something about it!

I tested a sample pair of the RejuvaHealth Sheer Dot Knee High Stockings and was immediately in love. They were fashionable, comfortable, and would go great with my new fall boots!

Unfortunately, the day that I wore them I had no more clean skirts and ended up slipping them on underneath my jeggings and frayed ankle boots—but hey, they were sheer and comfy enough that I could wear them with layers on top during a hot day. So there. 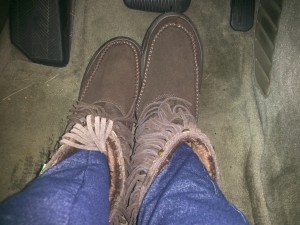 They’re on underneath there!

For Those Who Are Cheap, Broke, and in Need of Compression Stockings

Even though I love and would absolutely recommend the site to other young women like me, considering my financial situation lately—I couldn’t exactly fill my closet with multiple pairs of these beauties. Which is why I kind of lucked out the next day while shopping around at Ross. 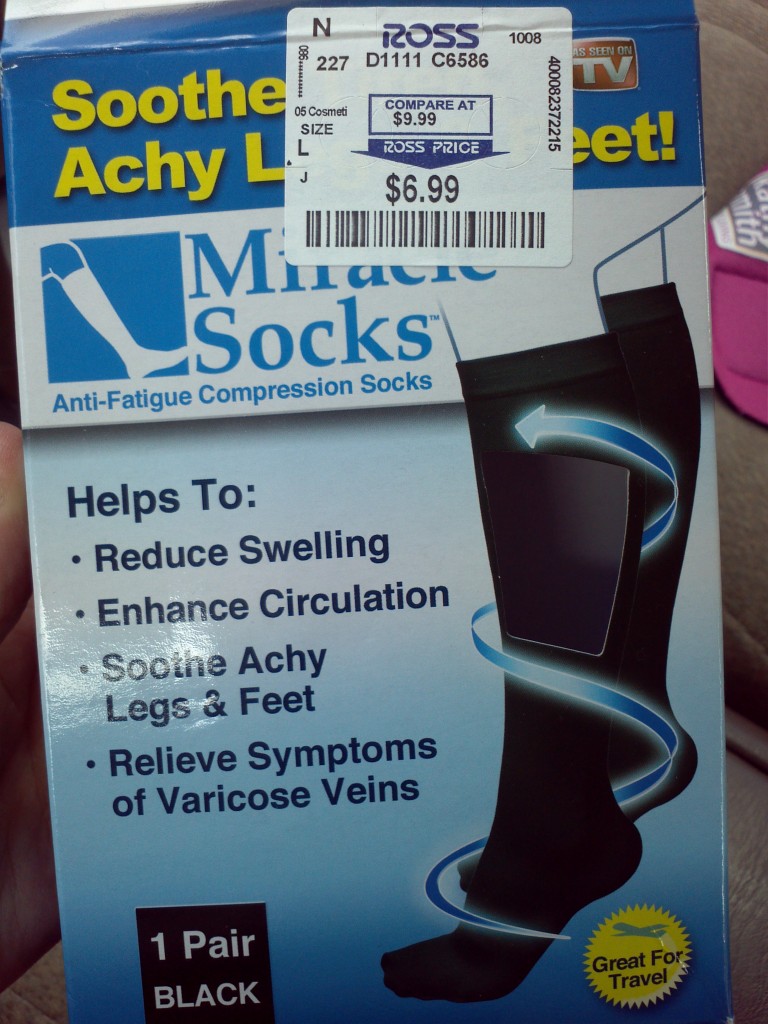 I have a Ross addiction.

See these? They’re (hilariously) named “Miracle Socks!” And while they don’t scream sexy quite as loudly as Rejuvahealth’s stockings do—I did end up swiping a few pairs for daily use. (I mean, at a whopping $6.99 they’d work out fine under a pair of jeans.)