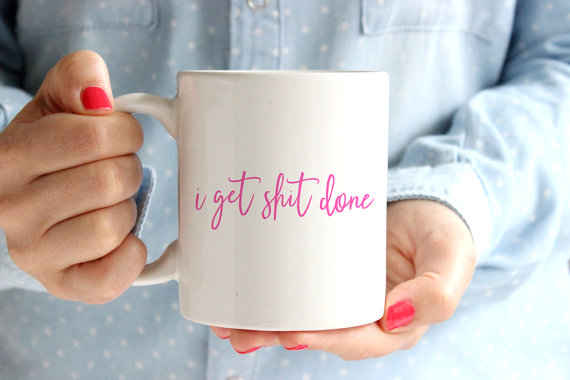 It’s about 2:30AM and I’m wide awake. Have I finally caught up enough on sleep? Probably not. It’s been a very stressful few weeks. And by stressful I mean busy but exciting.

Before I left for the conference I had a solid week of interviews for new positions as a Managing Editor. I’m kind of all over the board between luxury/lifestyle publications and blogs, rare and specific chronic disease organizations, pharmaceutical companies (patient liaison positions) and PR agencies. I’ve also gathered a sufficient  amount of leads for a few freelance assignments. I think actually going through the process of getting another full-time contract is about 10 times more work and more exhausting than actually having the job. I also found out that my book is now available for pre-order on Amazon!  We won’t have the cover until December and the release date is March 1st—so there is still plenty of time and work to be done as far as promotion and marketing. 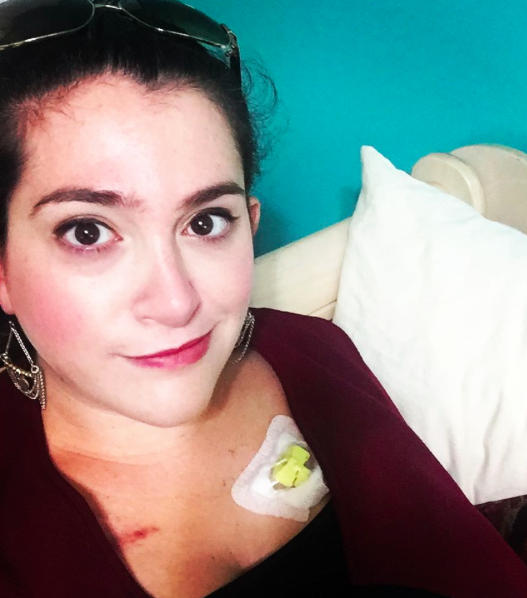 The struggle is real. The rest of it is most likely photoshopped.

It didn’t help that JUST before we were about the leave for the trip—the apartment that we’d signed the lease for and bought furniture for and changed all of our utilities to—that we were supposed to move into a few days after getting back from the conference— that apartment was now gone. We got the most pathetic call from the property management company saying something was wrong with the unit that wouldn’t be fixed in time. They took their sweet time trying to come up with a solution and then offered us a worse apartment at the same price. It didn’t have any of the specs that we actually needed, so we declined and had a day and a half to find a new place, sign a lease, and reroute all of our utilities and mail to the right place. Thankfully we did find an apartment in a great location just in time to get on the plane and prep for my speech at the Dysautonomia International Conference in DC.

But at this point the stress of moving, traveling, and interviewing was really getting to me and my stomach was so wrecked that I had to stop eating solid food a few days before the conference. The plane ride was super easy. Most people would hate to sit in the aisle across from the bathroom—but for me it provided a lot of comfort knowing I could bolt for the toilet if my stomach managed to get any worse (which it was in constant jeopardy of doing). 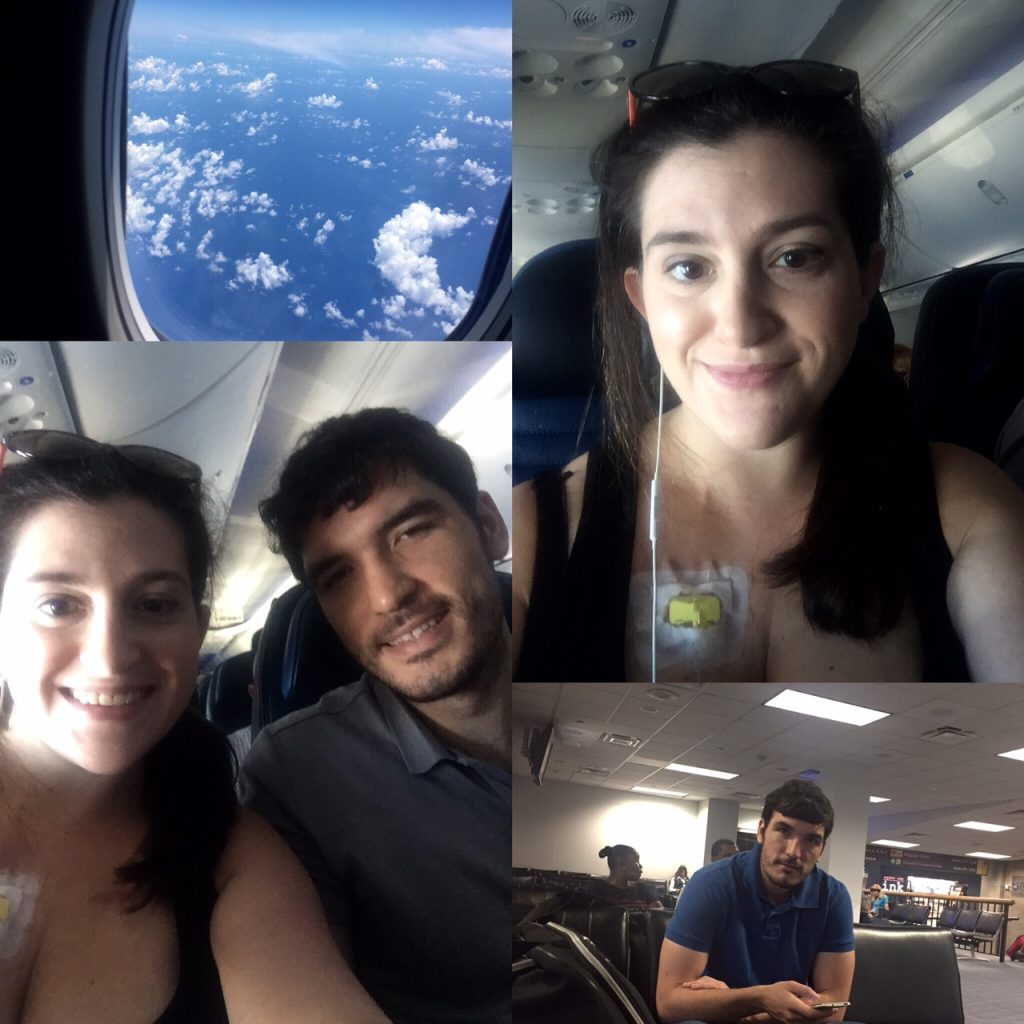 We arrived in DC on Thursday afternoon. The hotel was beautiful and as we found out about an hour after checking in—we were walking distance from a lot of great restaurants. So after I’d recovered a bit from the flight we took a walk and R.J found his new favorite taco place (Taco District) and I…well, I was feeling optimistic that since I’d survived the housing crisis and the flight—My stress was probably low enough now that I could handle a plate of plain pasta with butter and parmesan cheese.

WRONG. So wrong. Could not be more wrong.

The rest of the trip for me was spent on bread, Ensure and Gatorade. This kind of sucked because I was really giving my all to every event and panel that I went to. I wanted to meet people and hear everyone’s stories and I wanted to take as many notes as possible on the physician lectures about possible new treatments. There were also events at night where I wanted to network. I also volunteered to do a few introductions as kind of a “practice” run for my speech on Sunday.

This year I went with my husband instead of my mom. I’m so glad he was able to come and learn, meet other patients and husbands who were going through the same thing with their wives. We were even able to sit down with a couple who needed our advice. And R.J was amazing with how he described the balance in our relationship.

When I went to give my speech on Sunday, R.J didn’t really know that the whole thing was going to be about him—and how important it is to have your spouses back, and how a support system can make or break quality of life for a chronically ill patient. 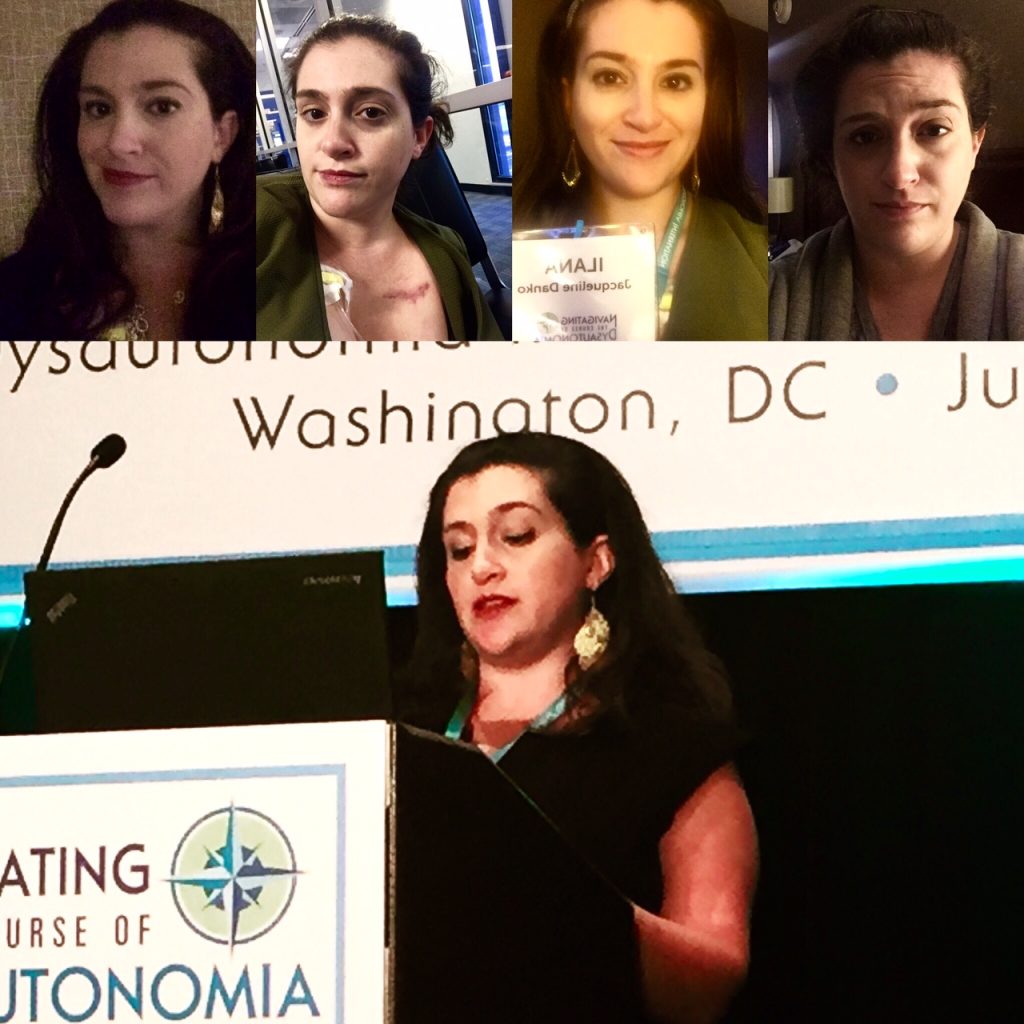 YOU WILL BE ABLE TO HEAR THE SPEECH. Dysautonomia International will have it on their website soon and I’ll share the link on my social media!

I really loved speaking and sharing my story at that panel. It just makes me hungry to do more speaking gigs in the future and I can’t wait till the book comes out so I’ll have a better chance of booking more things like this!

We got back home on Monday morning and immediately went straight to our old house, grabbed as many boxes as would fit in our car and transported them to the new apartment (which we’d had my mom pick up the keys for since we actually got the apartment that Saturday while we were out of town).

I stayed at the house and unpacked for a few hours while R.J continued to lug over boxes and boxes of stuff. We finally went back to the house and crashed for the night. Bright and early we got up again, this time R.J went to pick up our UHaul and I went straight to the new house to wait for Comcast. Our two friends, Alex and Phil, instantly became superheroes for us by coming over on a random Tuesday to help us move furniture.

It is now Saturday and we have not stopped moving since. Seriously, my feet are swollen from this much work. And again I thought, “well the stress is going to pass now that we’re moved in so it’s probably safe to eat a real meal!”

Looks like my GP symptoms have flipped completely. I’ve lost a bunch of weight over the past two weeks (weight that I’ve been trying to lose for months.) Turns out all you have to do is STOP EATING and have panic attacks about the curtain rods not being long enough to cover the entire window and the fact that I don’t know if we will ever be able to put together this giant boxy lamp with shelves that we had that R.J broke down to move in his car and now I’m lost. I’m just lost.

I’m hoping that I’ll get some kind of reprieve both mentally and physically this weekend. I really need to clear my mind and my plate so I can be prepared for follow-up interviews next week.

I’m also going to be doing a tour of the new place on my insta later this week. Just want to get this place decorated and looking less like a dorm room.

How stressful was your last move?

July 22, 2017
ChronicIllness 26 comments admin
← 7 Moments Every Chronic Illness Patient Has When Applying for a Job What Crashing Looks Like →

26 thoughts on “My Week: Speaking at the Dysautonomia Conference & Moving Into a New Place”