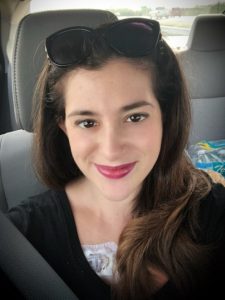 I took a solid break from sharing my day-to-day adventures with chronic illness over the last year. I was already in the midst of promoting my book and wanted to spend my blogging about my personal life time really LIVING my personal life!

I’ve found a good balance and got what I needed— a break from putting my disease front and center and a chance to re-connect with my family and friends in a different way.

For the past several weeks I’ve been dealing with my second (and then third) port infections. I learned a LOT during this time and want to share some of these lessons in context. So I’m sharing a few posts on how the whole thing went down, the good, the bad, and the ugly.

Before I tell the wild stories of how I traded one hole in my chest for two, managed to lengthen my list of allergies an extra page and a half, and found cool new ways to deal with the trauma that is having your chest cut open in an exam room while you are WIDE AWAKE, I want to tell you about the calm before the storm. Before this infection….things were not half bad. 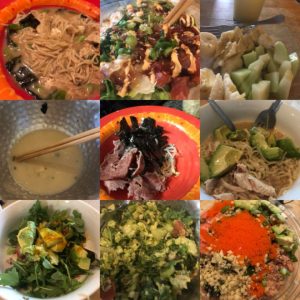 For many years I struggled with gastroparesis. There were times when I thought I would never be able to eat something green again. About 8 months ago I started working with a doctor/researcher who started me on a radical treatment plan. First thing first: he pulled me off of a massive amount of meds. Including pretty much all medication that related to my GI symptoms. I also detoxed from pain killers.

And then came the diet change. I began a well-rounded diet— fruits, vegetables, grains—a little bit with every meal. I started drinking orange juice every morning and salads every day.

And you know what happened?

I was violently, violently sick.

I’m talking crying in the bathroom, wishing I were dead already sick.

And then after two weeks of that…it started to let up.

I mean, not EVERY meal caused excruciating cramps, just most.

And then those started to hurt less too.

And eventually there were only a few items I found I really couldn’t digest.

For the first time in my life I am eating a variety of foods. (Some healthier for me than others!)

I am praying this is not a transient moment in my health and is the real deal. I wouldn’t call this a complete remission of symptoms, because it isn’t. I still have symptoms and I still have pain. I just think being violently sick for that period of time really upped my tolerance to that kind of pain and familiarized my body with different types of food.

I hope that comes across clearly to other people suffering from gastroparesis and other GI diseases: eating healthy didn’t magically solve all my symptoms. They are still there, but I’ve become more tolerant to the reaction I have from them and I’m hoping over time that tolerance will become even stronger. 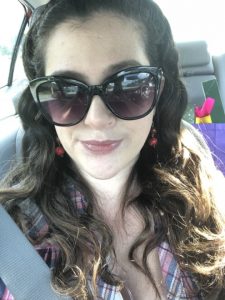 I have a complex disease, one that spans multiple specialities and means that I see a variety of doctors. I’ve also been prescribed enough medications to fill several boxes. At one point I was taking 30 medications a day.

I’ve detoxed down to three daily medications. A betablocker, for my blood pressure (POTS), an acid-reducer (because even with the new diet, I still had hella acid issues), and diazepam (to help me sleep at night, because even with melatonin supplements—my other symptoms were keeping me awake.)

I pulled off of so many medications including Allegra, Flornief, Plaquinol, Pilocarpine,a variety of GI meds, migraine medications, etc.

Here’s what happened after that: I thought I would die from the pain of detox.

And then, once I’d detoxed, I thought I would die from the pain of all of the symptoms that came roaring back to life: joint pain, allergies, tachycardia, GI pain, insomnia…

I had pulled off all these medications with no back up plan to treat my symptoms.

Immediately after I got off these medications I started re-growing tissue in my tear duct that had been removed in the same place ten years ago. My blood pressure would spike randomly and terrifyingly. I couldn’t control my body temperature and was constantly freezing and sweating. And my teeth started falling out.

But once I was off the medications it kind of felt like…what’s the difference?

I was sick before and I’m sick now. At least this way I’m sick without side-effects.

I was really starting to see the light when it came to the way I was treating my disease. We were making guesses with my treatment plan. Educated ones, but still guesses. And I knew I was at a point where I had to stop and say: we need to know more about how this works before we treat it with anything else. We can’t keep throwing spaghetti at the wall and seeing what sticks. 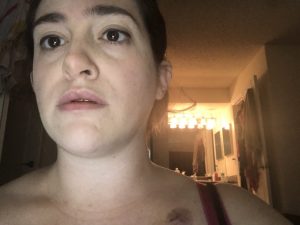 Detoxing wasn’t a cure. It did do a lot for me in terms of figuring out what was a side-effect and what was a symptom. My goal then became to get an updated diagnosis. I had a collection of syndromes that were ambiguous.

I think the final straw for me was getting tests run that indicated that I had an endocrine tumor. And realizing that I could go straight to panic with the diagnostic tests that weren’t 100% the most accurate—or I could take a breath, take a cue from these tests, and go to a place where I was going to get the best tests available before I started making any kind of plan.

I needed a firm diagnosis to move forward with. If I was going to get myself the right treatment plan I had to change things up.

I went ahead and hired another concierge doctor to review my case and to help me organize my history and get me into the Mayo Clinic. This is where 20 doctors had told me I needed to go, and I agreed that it was finally time.

We started the process and though I was still struggling with my base symptoms, I felt really optimistic for the first time in a long time about my health. We were moving in the right direction. We were downsizing and I was feeling really confident that a healthier me was right around the corner.

Getting into Mayo isn’t just picking up the phone and making an appointment. It’s finding the right doctor within Mayo and then registering and called every day for months waiting for a cancellation or until his scheduling department reopens. I’m still waiting and praying I get in soon. Because without a treatment plan and without fully treating the symptoms I’m having on a daily basis —being functional is a challenge. 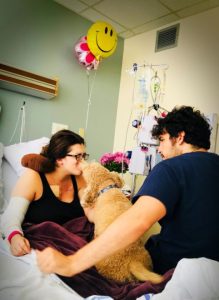 And then a month ago, the fever struck.

It was a good thing I was as strong as I’d been in a long time—because I was going to need all my reserves to fight off what would be a serious blood infection that would take multiple hospitalizations, surgeries, and a good chunk of my sanity to get through.

Check back here for more on how this flare went down soon!

One thought on “Port Infection: Calm Before the Storm (Part 1)”