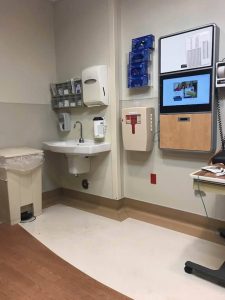 (Catch up on Part 4 here) So the Groshong catheter was infected within two weeks. So as I’m sitting in the car, in 10/10 pain, on the way to the emergency room I am making all kinds of vows and promises to my chest.

I will never let them stick a tube in you again.

I will never opt for another port in my life.

When we got to the ER it was a Saturday night. And in my optomistic little mind, I thought: it’s all going to be okay. They’er going to bring me, pull this tube out, and were done.

And they wouldn’t do it. The surgeon was not convinced it was “infected enough” over the phone. They pumped me full of pain meds and antibiotics and admitted me. When I was finally conscious (I don’t remember even coming upstairs, but when I got there and realized the tube was still in—I was furious.)

“The whole point of getting this kind of tube was so that if it got infected, it would be an easier procedure to take it out!” I kept telling the doctor on call.

She told me the surgeon was not coming in until Monday. To take my pain medication and wait it out.

I’m not going to lie to you, I argued with her, with the nurses, I even demanded they call in her in the middle of the night when the pain increased and the drainage coming out of the side of the catheter leaked through a whole package of bandages. I didn’t sleep all night. The pain was bad, but what was worse was knowing that there was an infection happening and we were just letting the source of it sit in my body when all that needed to be done, the first thing that should have been done was to take it out.

And so, a very angry surgeon came into my room on Sunday afternoon. He pulled open my gown, looked at it and said, “FINE— you want it out? I’ll take it out.”

This guy looked like me and my infected tube had pulled him away from the birth of his child, he was so irritated. He marched out of the room, came back with a packet of operating supplies, cleared the room and yanked that tube out bedside.

I think my mom almost died of anxiety, seeing how angry he was, with a scalpel in hand, and being shoved out of the room. 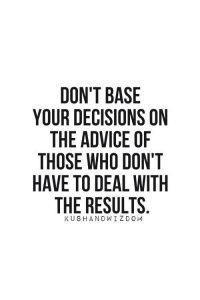 I held my breath and just laid there. I didn’t look. I’m not sure what he did, but a few minutes later the tube was gone. He had dropped his gloves on the floor and left, and once the nurses helped to clean me up I finally slept.

I’ve talked about situations like this before on my blog. When you’re dealing with a doctor who is angry or careless and is doing a procedure on you that is not an optional one.

A lot of responses have been, “I would sue!” or “I would have let him have a piece of my mind!”

First of all, when you have infection stemming from an implanted object that needs immediate removal— you let anyone with a medical degree yank it out. It doesn’t matter how traumatizing. You don’t talk back. You don’t ask them to calm down. You take a deep breath, whatever anesthetic they’ll give you—and you get through it.

I just wanted it all to be over. I wanted to be home.

A day or two later they discharged me from the hospital and sent me home with the promise that home health nurse would come by that week and give me peripheral IV fluids.

Before that could happen though I had another rough night. One where the pain in my chest was so severe I felt like I was breathing through a straw. I went back to the ER and had them do a catscan. The results of which they promised were “normal and fine.”

They sent me home and I did my best to handle the pain and shortness of breath with the pain management I was given, heat packs and rest.

I took my first real shower now that I was free of tubes and my port incision had healed over.

When I got out of the shower my incision split open, and a cup of fluid came out. After staring in horror in the mirror for a few minutes I finally touched the are around the incision and realized it was hollow.

With unmeasurable misery I realized why I was having so much trouble breathing: my incision hadn’t really healed. It had just closed over an abscess and left a hollow pocket of tissue where the port was.

I had never really healed at all.

I called my doctor who said, “yeah I figured that would happen after what we saw on the catscan.”

He said the catscan we’d done in the hospital had shown an abscess—you know, the one the hospital told me was “fine and normal.”

I sat on my bed with my husband and cried: about how stupid I felt for getting duped into thinking my pain was just “in my head” for the acute pain I was feeling in my body, and for the idea that I was facing a long road ahead with wound care for the hole in my body when I thought I was finally out of the woods.

This was never ending.

Post Blog Note: I’m not going to lie, recounting this shit is gruesome and I’m reminded why I didn’t want to do it in the first place. Thankfully I think I can wrap up the remainder of this story in one more post and if it serves as a cautionary tale for anyone who is considering going down the route of getting a port implanted when they’re not on their deathbed or are considering keeping a port put in on their deathbed long-term…Not saying we all have an option when it gets to that point but if you have any other option on the table…..just know what the complications can be. As I’ve started to share my story again, a few more patients have come out to share similar stories of severe port complications and I know I’m not alone…. I’ll wrap this up in my next post and let you know where I am with my current treatment plan and recovery.

One thought on “Port Infection: Catscans and Complications (Part 5)”