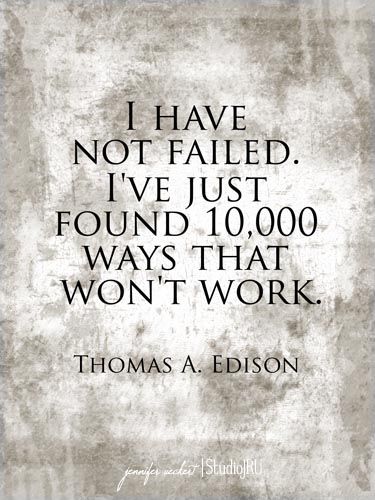 How I feel about the outcome of all my treatment plans up to this point.

(Catch up on Part 5 here) In the end I had two powerports and a groshong catheter removed, I had an abscess form in my chest. I had to have the incision pulled open, drained and had wound care for several weeks.

Yes, it was awful, painful, gross, infuriating, terrifying—and that’s pretty much all the detail I feel like going into about it.

These days my wounds have healed, but I’m still dealing with pain from the adhesions that have formed like a corset around my chest from the multiple surgeries and soft-tissue damage.

I’m working with a massage therapist to break apart the scar tissue at the earliest possible stage to avoid future surgeries.

I have no plans to ever get a port placed in my chest again. I can’t imagine going through another infection and surgery in that area. And yes, I know every inch of what that means for me:

Life won’t be as easy, accessible or comfortable.

Fatigue will be even more chronic.

Dysautonomia symptoms will be even less in control.

But in other news, I’ll be less DEAD.

So how am I handling my symptoms in the meantime? A series of less invasive tubes.

At first I alternated midlines, which are short catheters placed in the upper arm. They’re durable, long-term IV’s. They only last about two-to-three weeks for me and then have to 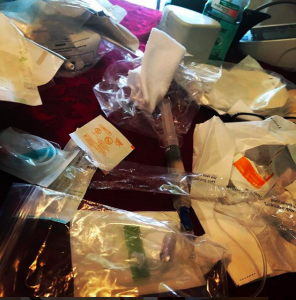 Aftermath of trying to get a vein when there are none.

be switched to the other arm. Then one of my midlines cracked and I had to remove it myself. I didn’t run to the infusion center to get another installed.

I started testing to see how long I could go without needing fluids and my record was six days before I become irreversibly delirious, faint, and went into autonomic failure.

At that point my home health care nurse tried to get me with a peripheral line but I had no veins anywhere—not even little ones in my hands or wrists and I ended up back at the infusion center with an ultrasound to install a midline.

And unlike the midlines I’d had installed before, this one hurt like crazy because my veins had shrunk so far into my arms they had to dig to get it in. It’s not an experience I want to repeat, so I probably won’t be testing my limits again soon.

I don’t have a long-term plan for treatment at the moment. Currently I’m still taking betablockers, a mild sedative for sleep, and an antacid. During the hospitalizations and recovery from the surgeries I decided I might as well just get off Florinef (a steroid) to whittle down my list of medications even further.

I’m happy to get off so much of my medication, to be done with surgeries and to feel confidant in the decision not to replace the port in my chest for the fourth time.

But to be honest, at this point, I’m also a little heartbroken.

I had high hopes for this summer that involved swimming—tubeless, portless, without a need for IV fluids. I had hoped that just as I had gotten myself off of most of my medication—I could “quit” fluids without terrible consequences—but that wasn’t the case.

I’m still hoping to get into Mayo clinic after the summer to see their autonomic specialists. Baylor University is re-doing my genome sequencing with new technologies, and a lab in Germany is also working on evaluating my case. 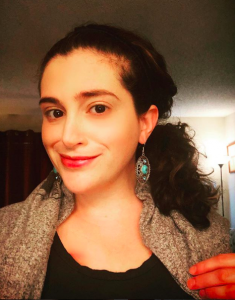 For the first time in years, I’m just trying not to think too hard about what my next steps are. I’ve done so much to advocate for myself, to get my case in the hands of the right people—and now I just want to take an even bigger step back from thinking about what’s next.

My mind needs a break from the stress of my disease as much as my body does. So for now, I’ve got my midline keeping me hydrated and enough medication to keep me mostly on my feet. After these past brutal few months of hospital rooms and operating tables—I’m ready for a little sunshine, even if I can’t dive in the pool like I want to.

I’m ready to drive around with the windows down. To play with my dog. To walk and go shopping and travel a bit.

I don’t need my life wrapped up in a perfect package to enjoy it or to keep moving forward. I just have to know that I found the strength to survive yet another crisis.

Unlike my first infection and port crisis this one hasn’t left me with a sense of trauma. I feel like I beat the odds, again. I’m not weak, or a victim to my disease, and even though I can look back and see all the things I wanted to have done differently—I know I really did do the best I could with the information I had at the time.

And I hope in sharing this series others will think long and hard about their decision to follow this course of disease management—knowing full well it may end up like this. We are all different, with varying degrees of severity to our disease—and varying goals for what we want to accomplish with our bodies.

The choice with what to do with yours IS the right choice for you.

As for me? I’m choosing to give my body a break, a big thank you for holding up under some insane circumstances, and all the hot baths and massages it needs to get settled and ready to face the world again.