This post is for my Grandpa, who enjoys Netflix as much as I do and should watch all of these. Grandpa.

1)      Jericho: After my Zombie Post, you all know I’m into the post-apocalyptic era. SPECIFICALLY because its ten times scarier for 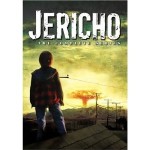 people who are already screwed in the current world. This show takes place in Jericho, Kansas,  after nuclear bombs are dropped on every major city in ‘Merica. The people of Jericho are pretty ballin’ with their tiny farms and local grocery stores, and guns that probably came from WWII. Cancelled before its time, but still worth watching for the first few seasons!

2)      The Office: The greatest love story ever told occurs inside the humble cubicle walls of Dunder Mifflin Paper Company. Follow the often tragic and very much celebrated relationship of Pam and Jim—two under-achieving and bizarrely good looking people to have such ambitionless careers.

3)      Firefly: I need to preface this summary by saying that I hate the SciFi genre. Spaceships? Not interested. Intergalactic adventurers? No thanks. But this show has all that crap and it’s STILL awesome.  Again, cancelled before its time but worth the heartbreak. They also produced a movie to sum up the series at the fans request!

4)      Avatar: This is an animated series by Nickelodeon  that isn’t just for kids. Difficult to summarize so I’ll just rip the summary from Netflix– Siblings Katara and Sokka wake young Aang from a long hibernation and learn he’s an Avatar, whose air-bending powers can defeat the evil Fire Nation. A great, epic story. 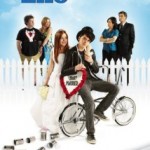 good on a dare to get married. Really cute show about young marriage.

7)      Mad Men: I’m sure you’ve heard about it. Another great AMC show that takes us back to the 1950’s and all the great sexism and unequal wage disputes it has to offer! 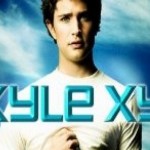 8)      Kyle XY: There is something very endearing about the boy with no belly button in this ABC family show. He pops up in the wilds of Seattle and is taken in by a therapist and her family. The series follows Kyle as he tries to figure out where he came from and who/what he is.

9)      Arrested Development: The eccentric family this comedy is centered around makes me feel better about my own group of innately crazy relatives.

10)   Pushing Up Daises:” A pie-maker, with the power to bring dead people back to life, solves murder mysteries with his alive-again childhood sweetheart, a cynical private investigator, and a lovesick waitress.”