The Car Accident (For those keeping score this would be #2) 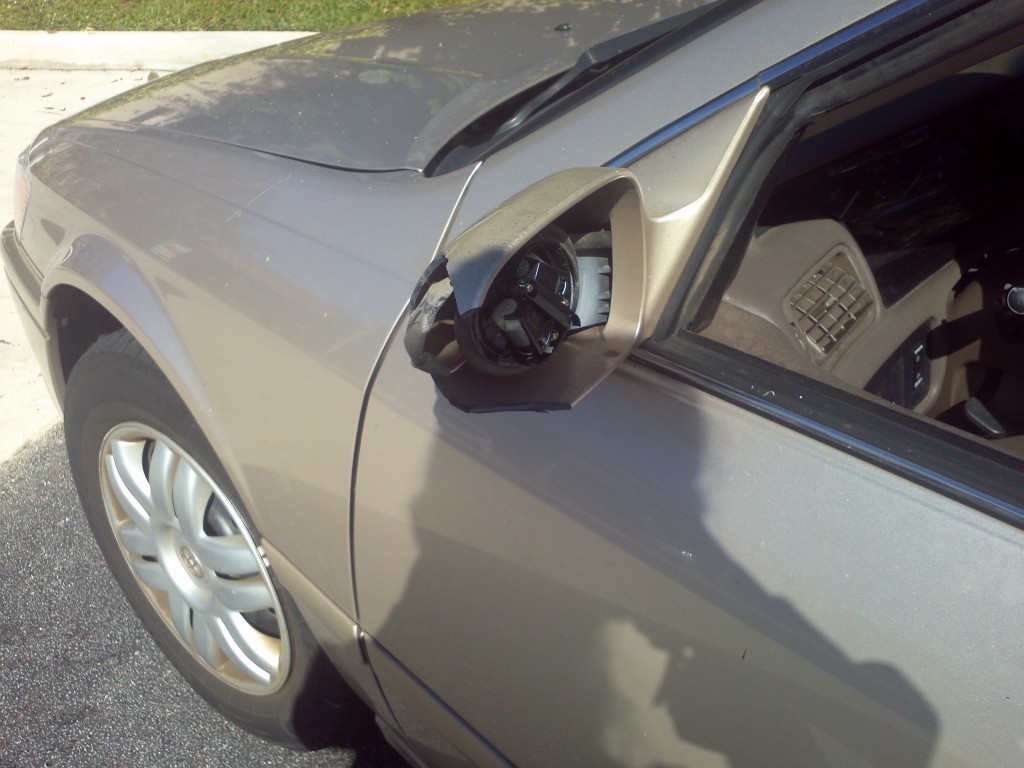 It’s Wednesday. I’ve got a car full of groceries. I’ve spent all morning after cardio rehab looking for kosher pie crust for my apple pie–and some guy decides he’s going to up and ruin my day.

He just comes out of nowhere and all of a sudden his 1992 Chevy is smashing against my drivers side –and my rear-view mirror is like–F*ck this shit. I’m not going to be raped by some Chevy with a car full of groceries. So like the inanimate weapon it is, it allows the other driver’s passenger mirror to smash into it and obliterate itself. Glass everywhere. I bash my head against the window, hard. And all I can think is how long it took to find that kosher pie crust–and now I’ll never get it home in time, because it’s going to dethaw while I sit here and bleed out of my skull.

There’s a very acute stillness after a car accident (because I’m an expert now, right?) where you can do nothing but stare at the wheel and think: did that really just happen?

This moment only lasted a few seconds though, because out of my windshield I can see what appears to me–in a brief moment of panic–is the guy who hit me driving away.

And I’m like: oh hell no. You do not crash into a person who just lost out on the hope of perfectly made pie and just walk away scott free, you motherf*cker.

And I so I start honking like crazy, before I dazedly realize he’s just moving forward to get out of the road and into the neighboring gas station parking lot. Whatever, I’m not even going to blame myself for the momentary hysteria–remember? I just smashed my head into a window.

I pull into the parking lot and dizzily get out of the car to check the damage. Besides my broken rear-view side mirror and a couple of giant scratches along the body of my car, nothing is really unable to be salvaged. Chevy is getting out of his car too, and takes the mat from his passenger’s side, folds it likes a taco to lift it out, and dumps a healthy pile of glass shards onto the curbside. I don’t think this is a historically proud moment for him either.

When my mom arrives on the scene she tells me to go sit and wait in her car because I’m turned over my front seat digging out all the tire receipts and oil change reports from my glove box trying to find an insurance card that I know for a fact is not in there… because I never printed it out.

She takes me to my doctor (his wife forgot to tell him I was on my way–so when he walked by and saw me sitting in his office–he did a double take–and I just kept my head down and said–“I was in a car accident. Another one.”)

But like most bashes to the head, we find that I will also survive this one and my brain is most likely not damaged.

We left my car in the parking lot of the gas station and mom dropped me off at home so I’d have time to get ready. Even though Thanksgiving was the following day, we have a tradition on the Wednesday before turkey day–and that is to sin by way of claw and clam. My grandparents buy 60 lbs worth of stone crabs (and maybe 4 or 5 lbs worth of brisket for R.J and Alan) and we eat like we’ve starved for forty years in the desert and we’re just plain angry with god and our colons.

This year we also got presents. See, my grandpa Jack is a big eBay fan. He buys a lot of stuff off eBay. Stuff that no one would ever need, but you never know. This year’s purchase theme was murder at the dinner table.

As you can see here: I’m manning laser-pointed bb-gun and my sister would be the one modeling the throwing knives.

Grandpa does it old school. R.J kept the bb-gun, Sammy got the knives–and me? I went with the heart monitor.

It was a bit of a wild night, but I was really excited to go home and see what my neighbors had been buzzing about all week–they had planned on decorating our whole block with lights. As a Jew celebrating her first x-mas in her new home, this was particularly thrilling for me. 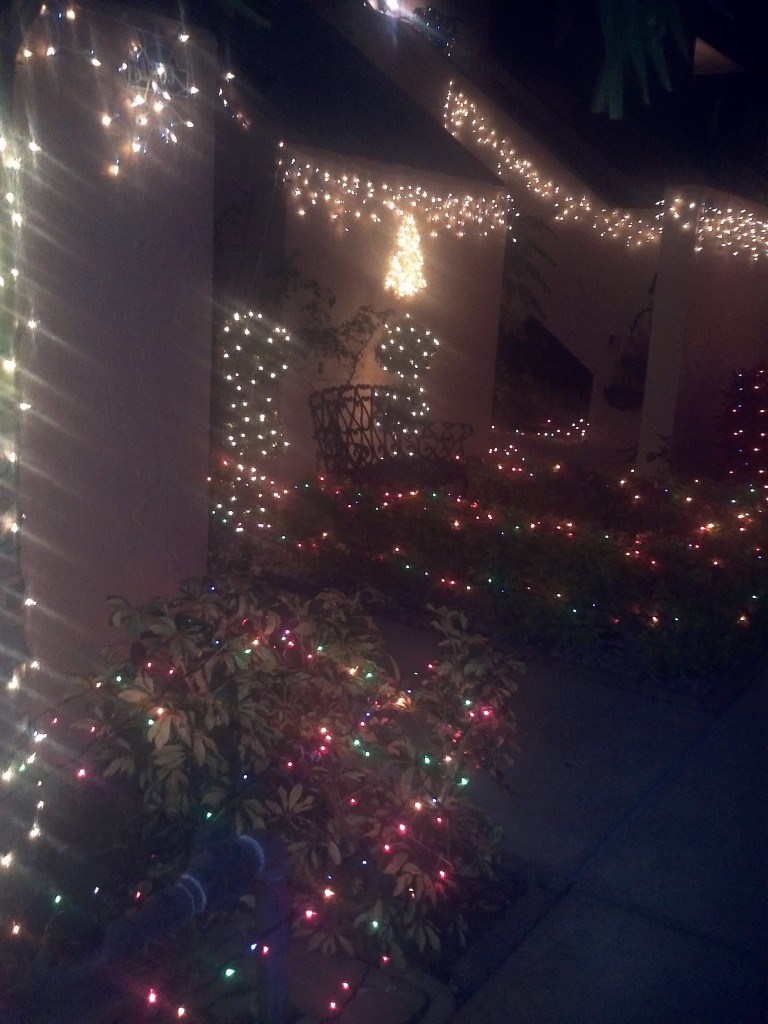 Can I just take a moment to say that my neighbors are wonderful? Sincerely, they slaved over these lights. And when I admired them–and when they saw my pathetic string of Target lights thrown haphazardly over my front porch–they offered to deck out my yard too! 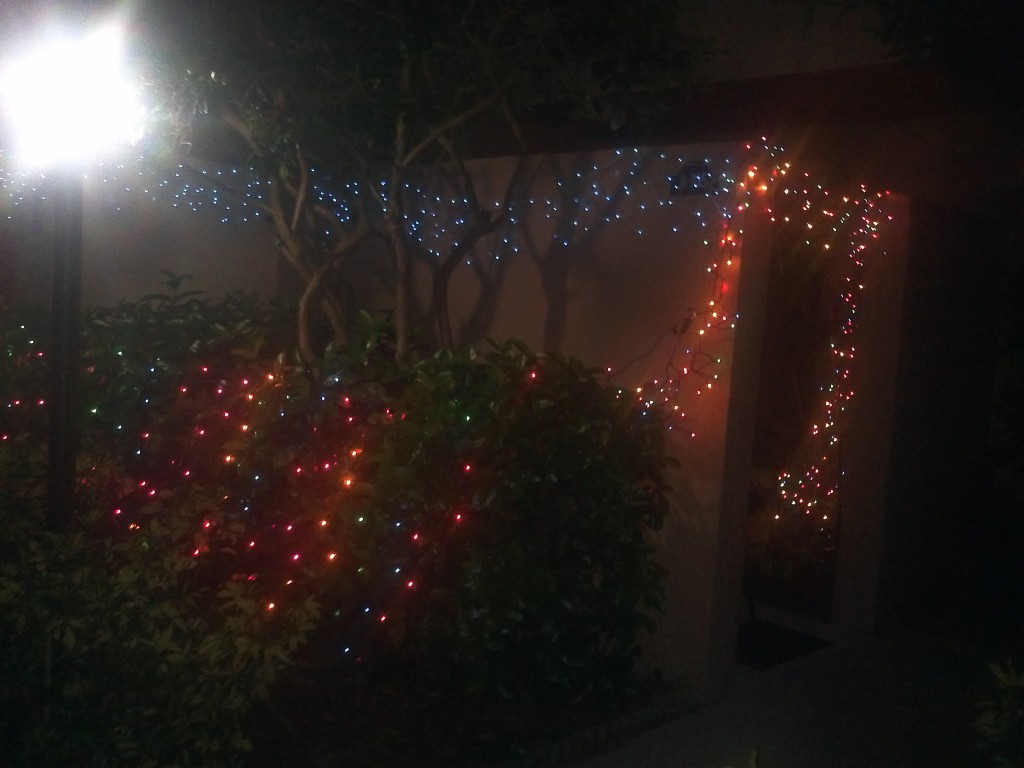 It seriously almost brings me to tears whenever I walk up to my front door at night now! (So I just wanted to give a big shout out to them, as  I know a few read my blog now!–Lots of love and thank you!!)

Thanksgiving dinner went off without a hitch on Thursday night. Can’t say the same for the afternoon before it. I’d spent the majority of the day tracking down (and then paying $119) to bail my car out after it was towed from the accident/gas station parking lot. Oops. So I was grateful when it was safely (if still totally undriveable) back in my parking spot, and I was able to head to my mom’s for other people’s fine cooking. This year R.J and I were over traveling between our two family’s dinners and so we had one big dinner altogether. Although I had a good four or five moonshine-filled maraschino cherries–this is not where the story of the marijuana shrimp kicks in.

We had reservations at Season’s 52. I’d asked R.J three times if he thought my dress was unflattering (No.) Was he sure? (Yes.) Because the stripes made me look kind of fat, didn’t they? (No.) When my mom, sister, R.J, and Alan all got there we all realized that no one had actually called my Nana all day–and is it possible that she forgot dinner was tonight? But then she showed–and mom ordered a dirty martini to celebrate.

The menu at Season’s 52 is–you guessed it–seasonal. Even though we’re kind of on the tail end of it, this season is autumn. We had goat cheese ravioli and basil and plum tomato flatbreads. Mom ordered chili relenos, R.J had a steak filet, Alan tried the rainbow trout–and me?

I had the artichoke stuffed shrimp–and I swear to god–and don’t ask me how I know this–but that shrimp tasted like it’d been smoked over steaming hot coals and ganja and basted with a nice lemon and cannabis sauce. This was some baked shrimp alright, anyway you sliced it. 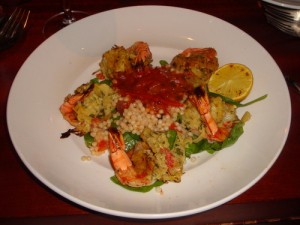 R.J is always perplexed by sense of smell and taste which usually has me comparing Strawberry Daiquiris to nail polish and nose-hunting around the apartment for the source of the “moldy-wood-cardboard smell’–that nobody else can pick up on but me.

But tonight there was an undeniably distinct taste to my entree–and with a family that could turn a political argument into an uncomfortable scene for many restaurant goers, the chance to share pleasant stories about my great-grandmother getting high as a kite in my Nana’s living room because she “wanted to try what the kids were doing these days,” is a welcome choice of topic.

Here are some other events from the past few days: 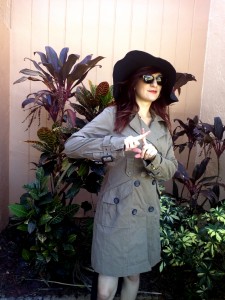 My vagabond sister came to visit and realized she looked like Carmen San Diego when wearing her new trench coat and my glamorous sun-bathing hat. 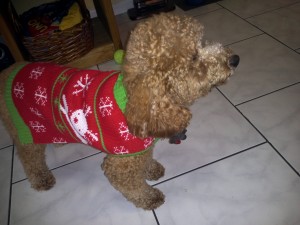 I broke down any bought Happy that “ugly pet sweater” from Target–but it was too small, so I’m returning it. 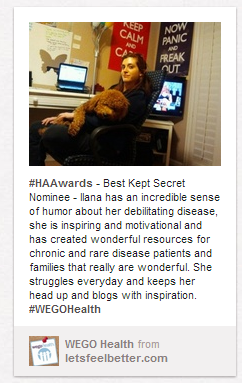 But enough about me, how was your Thanksgiving?

3 thoughts on “Thanksgiving In Three Parts: The Car Accident, The Stone Crabs, and The Marijuana Shrimp.”