The difference between being diagnosed with a rare disease and being diagnosed with breast cancer is a powerful comparison made by Nicole Boise on yesterday’s segment of Unveiling the Mystery: Rare and Genetic Diseases on Lifetime TV’s Daily Morning Talk Show: The Balancing Act. 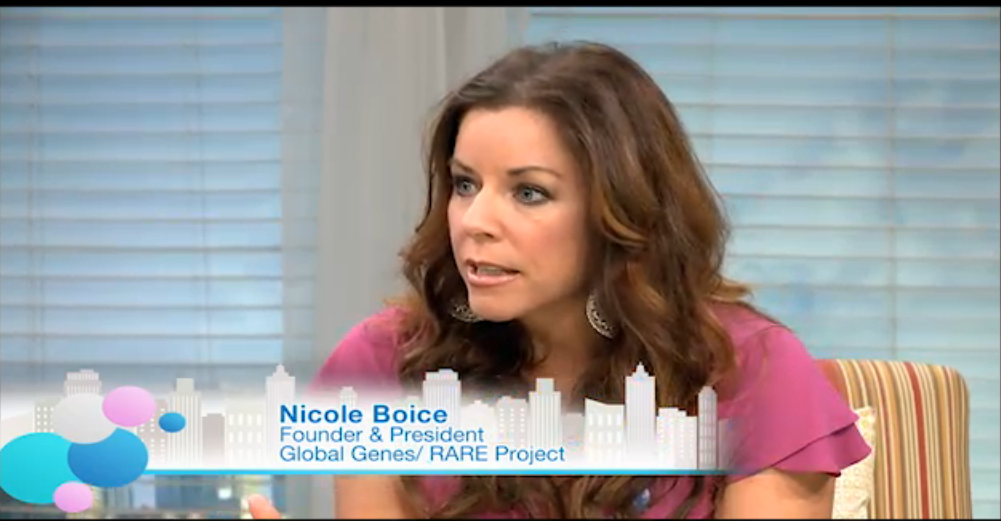 It’s so absolutely PLAIN to anyone with a rare disease, but few people actually take a moment to fathom what it must feel like to walk into a doctor’s office and to know with a few simple and readily available tests that:

Whereas when you have a rare disease you’re walking into a situation where not only do you personally know nothing about your illness—but neither do your doctors, your friends or family, local mental health resources, and sometimes even Google doesn’t turn up many results!

“Rare Disease is not RARE,” says Boice, who cites over 7,000 diseases which fall under the criteria of “rare.”

Nicole founded The Global Genes Project,  an organization literally formed to organize for a sense of advocacy to those in the rare disease community—from children to adults, genetic to immune issues, and for patients across the globe who seem to stand alone in their efforts.

The work of the Global Genes Project is extremely important. Without their tireless efforts to unite this community of patients who fight in their search for answers, information and cures—to the desperate parents who fight for the children who can’t yet fight for themselves—there is absolutely something to be said for idea of strength in numbers.

December 11, 2012
Writing and PR Comments are closed admin
← The LFB Patient Guides: Help! I’m Having Sinus Surgery and I’m Scared! If It Makes You Happy →