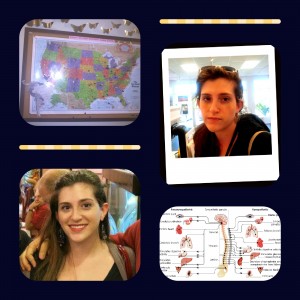 Is this thing on?

I need to say something.

And you really need to hear me when I say it—because here is the thing: it doesn’t look like anybody else is willing to say it out loud.

I know this because over the past month I’ve gotten over a dozen private messages from readers who had some strong words about their clinic treatments at the POTS Treatment Center.

And I’ve been winding myself up over it. Because when I set out to write the review of the treatment center I thought I was writing a totally different story than the one I was going to live during those two weeks.

But now we need to talk about why.

I don’t believe a program should label themselves as a treatment program for a disease when in actuality they are treating the anxiety and stress that comes with the disease.

The phrase “not as advertised” followed me around like a gnat every time I sat down to write an entry. But how did I go about literally killing the dreams of every suffering POTS patient in the US who was desperately scrounging together their $5K to head to Texas? Not easily.

And then there was Sarah. Sarah whose positive attitude and clear transformation hit me like a ton of bricks. Something had changed in her; she was bright—positive and her overall attitude about her disease was now one of hope.

But at the end of that two weeks I was still struggling with all my symptoms with no less drastic reduction than any other month before it.

The POTS Treatment Center does not have the same definition that you might think it does.

I was expecting the level of attention to detail and specification for a treatment for ME—when what I was getting was really just a catch-all. This treatment focused more on meditation and handling anxiety instead of how your current medications were affecting your heart and how others might improve your circulation. This was not a personalized treatment program that focused on my needs. It was like a web-MD treatment that your friend would give you for a hang-nail—not a program a doctor would sit down and prescribe based on your personal needs. Medicine and medical treatments are cut to fit. Doctors are like tailors—but this program is J.C. Penney.

It is a meditation seminar. You will deep breathe. You will visualize. You will get hand outs on such common knowledge as “why water is important.”

So let’s talk about that for a second—let’s talk about what you’ve been told by POTS patients, by POTS communities, and by the representatives of the POTS Treatment Center itself:

You’ve heard that: There is no other program like this in the world. This doctor is the only doctor who uses it and that it is specifically designed for POTS patients.

This is mostly false: the program you will use is made by a company called “HeartMath” and I know this because it says so on the box—it’s also a program  that is extremely similar to one a past clients, a neurologist, uses with his ADHD patients. Here’s a little bit of background on this program:

“The founder of HeartMath is a guy by the name of Doc Childre (who is not a doctor) and his philosophy is basically that the heart is at the center of the human experience and the heart as an organ is much more interactive and important in our lives than just being a muscle that pumps blood around our bodies. He founded The Institute of HeartMath (IHM) in 1991 and as his website says, IMH’s HeartMath System “entails practical, heart-based tools and technologies that people of all ages and walks of life can use to enhance health, performance and well-being.” –Randi.org.

So this isn’t a program that can only be used in this one building by this one doctor in Dallas. Had I known that this was the program being used (ahead of time) I probably just could have had my neuro client give me the same session in his office, down the street from my house. (However Dr. K IS the only Dr. who prescribes this for POTS patients)

You’ve been told: This is a full treatment program that works with all areas of your life.

Mediation and a stack of medical handouts on the world’s most obvious subjects that—if you had ever googled dysautonomia (and by the time you’re at the treatment center—you’ve googled the ever  loving shit out of it)—do not a “treatment program” make. I have zero medical experience. I could have also told you that drinking water and eating healthy food is a good idea for patients with poor health. Why are you paying $6k for that kind of advice? Additionally, there was no discussion of how my current medications are affecting my heart and working within my body—only that eventually I could and SHOULD wean off of them. Dr. K was sent my full medical records but did not appear to have any prior knowledge  of my current state, diet, past symptoms until complications arose during my treatment and she looked into it. (IE: The “USUAL” IV administered on a WEEKLY basis is NECESSARY to not DIE.)

You’ve heard that: This program cannot be translated on a local level.

I had multiple conversations with Dr. K about this during my time at the center and I did not receive an answer that I thought was adequate. Her response was that no other doctor would be qualified to treat POTS this way, that every patient had different symptoms.

But she’s using THE SAME TREATMENT FOR EVERY PATIENT. She is not catering to every patient’s personal, individualized needs.

So what does that matter what kind of doctor administers this treatment when you’re only using the same tool to treat ALL of those symptoms?

This is probably my largest complaint—not just as a patient, but as a patient advocate. And I’m sorry—I’m just not going to pretend that this is okay. It’s like price gouging and if this program HAD worked—I would have been JUST as furious about this because it would have been withholding pertinent information from the medical community when there are THOUSANDS of POTS patients struggling to get relief. If you have the fix to a disease that people are losing their quality of life to and you choose to make it as difficult to acquire that treatment as possible then no one is going to come down on you with the law—because this is America. But it kind of makes you a jerk. Science (If that is what this is) is not a field where you can pick and choose who can afford to feel better.  I put this in here specifically for the mothers and fathers and uncles and brothers who are packing away pennies for the day they can send their kid to get cured of POTS and have no idea what it is they’re paying for.

They have claimed: We’re here for you when you need us.

Really? Want to tell me who was in the office answering my desperate phone calls on Saturday and Sunday while I considering having to go the emergency room for a second time? Nobody.  Monday came with the explanation that Dr. K could have been reached via email over the weekend. Very literally too little, too late.  ALL doctors should be available by phone—especially if I’m paying six grand. If a patient flies half way across the country–You should be on call, you should be around day or night. I’m in YOUR CARE—and POTS is a heart condition for gods sake, we’re not dealing with bunions here.

Now I hope that patients who have been there and done that can come back at me in this post and say, “YOU’RE WRONG, SHE’S A MIRACLE WORKER” and “IT CURED ME, IT CAN CURE EVERYONE” and “YOU’RE UGLY AND YOUR MOMMA DRESSES YOU FUNNY.”

This is not to say that I made no improvements during my time at the center. I can get an elevator, without as much anxiety (But of it not crashing or stalling—not of my symptoms not showing themselves while I’m moving from floor to floor.) I also think the plane ride home was less dramatic and I was able to calm my anxiety about it using the program. I also felt like I slept better during the program by using the meditation CD at night. And I also feel like my fashion sense got slightly better.

But these are not my POTS symptoms, my issues are that I still have to go the doctor for hydration, I’m still having lots of trouble digesting food, and my heart is still tachycardia.

Maybe in three months when I dutifully and completely finish the at-home part of the program I can come back and be able to say to all of you that the meditation made a more drastic overall improvement on my symptoms—but so far in that is not the case and I still feel like I could have learned this program without traveling or staying in Texas for two weeks.

EDIT: Post three months the program had absolutely zero impact on my POTS symptoms. The Dysautonomia Clinic in Dallas Texas is PURELY a bio-feedback program that DOES NOT cure POTS. Please know what you’re going into before spending $6000 on bio-feedback that you could probably try at a local psychiatrist’s office. POTS is not a psychiatric condition and patients need real medical treatment. You can not “will” this disease away. Please visit dysautonomiainternational.com for accurate information on this disease.

March 13, 2013
ChronicIllness Uncategorized 36 comments admin
← Q&A on the POTS Treatment Stay: Cars, Hotels, and Places to See I’m Glad We Talked: Now Can Someone Get NASA and Pfizer on The Phone? →

36 thoughts on “The POTS Treatment Center Program Disclaimer: We Need to Talk”