The last two days have thankfully been much better. I’m starting to see an improvement and that’s pretty exciting.  I had a nervous breakdown in Dr. K’s office yesterday morning about the stress of travelling and being in the hospital—and then we actually started working with the program (the computer program) and I started to really understand how the program worked.

Everything in your autonomic nervous system is controlled by the amount of oxygen in your system →  Having problems with your autonomic nervous system? It’s probably because you’re starving for oxygen and you’re breathing patterns are messed up → Learn how to breathe deeply, normally, and constantly → You’ll provide enough oxygen to your system that your muscles won’t constantly be in tension and you’ll have better circulation, allowing more oxygen to your system and blood to your brain. → Feel Better.

Ain’t that what it’s all about?

We also discussed how much anxiety I was having over the daily schedule. First I would wake up on the third floor and have to take the elevator down, then I would be taking the shuttle over overpasses on the highway, then another elevator to the tenth floor—and then back down again and back on the

highway and then 6 hours of hardcore work.

So some things had to change:

1)      We moved hotel rooms to the second floor so I could skip the morning elevator and take the stairs.

2)      I asked our shuttle driver to take the back roads instead of the highway.

3)      Then we started me on a new energy drink called Spark—to see if we  could cut across the dehydration issue.

In any case, I had a MUCH better day today.

Not having all that stress to start off my day made a huge difference and I was really able to focus during my session and keep my heartbeat level.

We went over a couple of other issues including supplements and diet. I got a whole list of food I should be eating including walnuts, avocadoes, oats, cous cous, tuna, and salmon. I’ll also start a new regimen of vitamins including prenatal vitamins (R.J’s hair will immediately turn gray when he sees that on our bathroom counter) Evening Primrose, and Omega 3s.

The bad news is that my stomach has been really off the last two days and I’m a little depressed it hasn’t righted itself. Tomorrow we planned a big shopping day and I just want to feel good and take a break from all of the travelling and work and practice and just buy some shoes.

We took a quick trip to the gym about an hour ago and I used the recumbent bike on a low setting for about 15 minutes. I’m kind of jittery because the energy drink had caffeine in it. 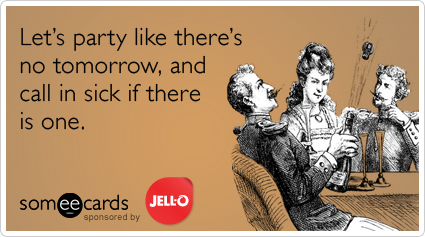