For our sixth anniversary of dating, R.J and I decided to get away.

We thought about where to go for a long time. After all, it’s not like we go on vacation every year.We didn’t have a lot of time to get away, and didn’t want to waste a day of flying (which would mean a day of me recovering from the terror of flying) so we decided to stay inside of Florida. Our first thought was a weekend in Miami or Palm Beach–which are about an hour outside of Boca in either direction. But then, that just didn’t seem far away enough. We wanted a destination, a real far-away adventure. So we decided on a weekend in Saint Augustine.

We left on Thursday morning with a plan to head back home on Monday afternoon. The night before we left there was a terrible storm in Boca. There was a twister in East Boca (leaving minimal damage) and some streets were even closed because of the flooding. We were relieved to think we might actually be escaping a rainy weekend for a sunnier one in North Florida. So on Thursday, we loaded ourselves, our stuff, and some snacks into my car and headed out onto I-95. 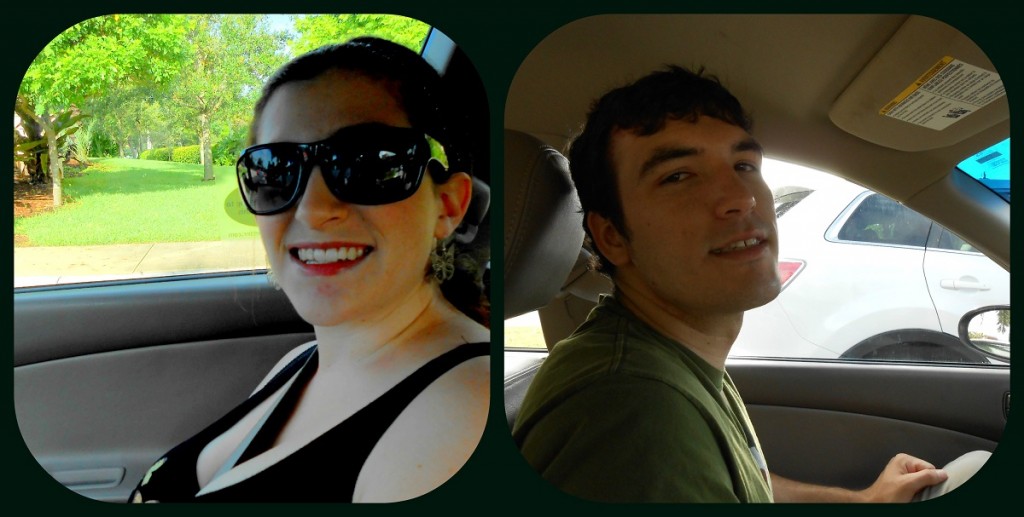 Did you remember to bring the toothpaste?

Unfortunately–that storm followed us up through all five hours of our road trip. Thankfully it was a pretty straight shot up and so long as we avoided the stray 18-wheeler leaning into our lane, it was a pretty uneventful journey. Even my motion sickness–often spurred on by long car rides wasn’t so bad after sipping a bottle of ginger ale.

We arrived at our hotel around 1:30 in the afternoon and quickly dumped all our junk in our room before heading back down to the lobby. We asked the concierge if there was a shuttle that could take us to town. Even better, she told us, there was a trolley that would come from the historic district and take us back and forth to town for just $22 for all three days of our stay!

We were psyched–right up until some rickety tram pulled up outside of the hotel with the words “WE’LL DRIVE YOU TO AN EARLY GRAVE” written on it.

Apparently the regular tour bus was out of commission and the Ghost and Gravestones tram was taking us there. It was an…interesting ride, and with the pouring rain sloshing through the open plastic sheeting onto the decrepit bench-style seats, their motto was really sinking in.

The further we drove, the more nauseated I was getting. There were no seat belts to hold us in place so R.J and I were sliding and bracing ourselves against each other. After a five hour car ride on the highway my nerves were already at their breaking point and I was itching to get on some stable and dry land.

As we drove, our driver was explaining to us how the tram system worked and how he would drop us off at a main ticket stop where we could purchase all of our tickets for attractions and for the trolley rides and then when we were ready, they could call him to bring us back to the hotel. This sounded good, but when we actually got to the ticket stand it was a whole other story.

First of all–tickets for the trams, all trams–including the shuttle to get back to the hotel–were sold in packages. No package was less than $70 (let alone the $22 our concierge had been talking about) So we were basically stranded in the ticket stand, in the pouring rain with our only way of getting home at the cost of at least a $70 tram ride.

“Well, let us think about it over lunch,” I told the cashier. “Which way are the restaurants?”

“It’s 2:30 now. The closest restaurants are at least a 20 minute walk that way and a 20 minute walk back. I don’t think you’ll have time to get there, eat and get back before the last tram service stops.”

So R.J and I stood there in the pouring rain, held at the mercy of transportation being held up for $70.

“You can go to Subway across the street–or Dunkin Doughnuts.”

Because we had just traveled 300 miles to eat at a Subway.

R.J heroically forked over the $70 and we immediately made a u-turn for the hotel where we ended up eating Stacy’s Pita Chips and bananas we’d packed for the road. After drying off, and debating, we decided to take our chances by heading back into town–this time with our own car. Because we’d forked over the $70 we were allowed into a free parking lot. We ducked into a main alley and were delighted by all the shops and themed stores. It really was a cute town–and besides the water being up to our ankles and the wind blowing our ponchos over our faces–we were having a great time. We even braved our luck at the Castillo and fought the wind to take pictures overlooking the ocean. 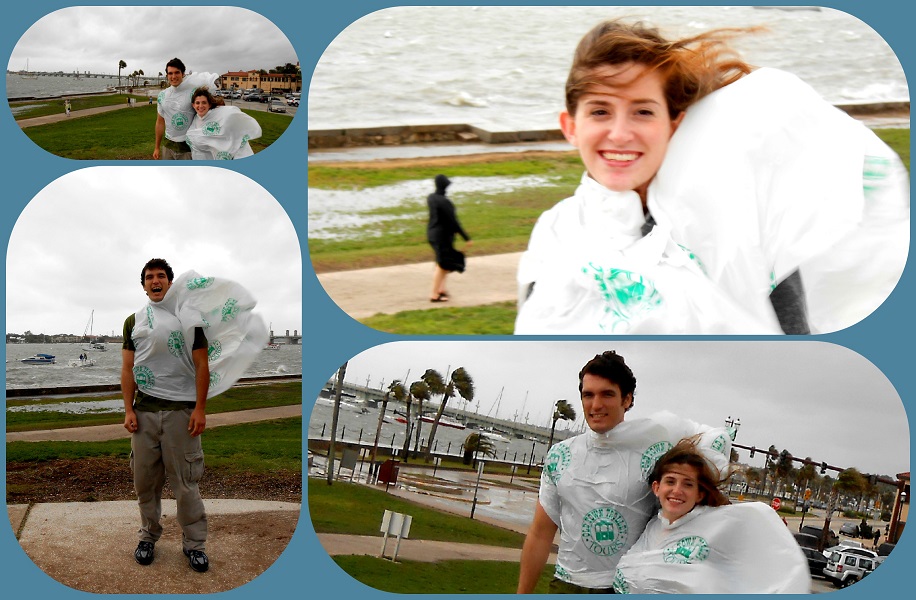 We had an early dinner at a place called Harry’s and watched the storm rage outside the window. Our food was delicious. R.J got hot potato salad which was like french fries in Russian dressing–yum. 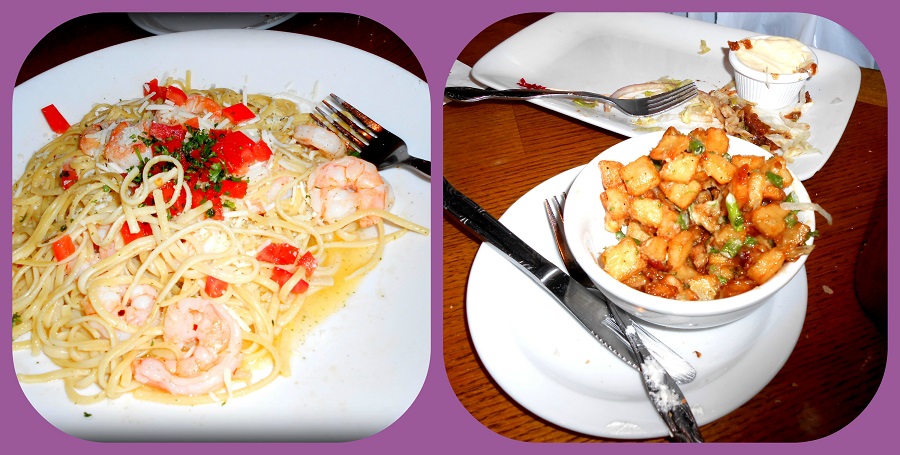 The next day we decided to check out the Saint Augustine Outlets–which we heard were a great place to shop. Unfortuantely, perhaps due to the storm–or due to the fact that we were in the entirely wrong plaza (which we didn’t figure out until about twenty minutes before heading home) the outlets were completely deserted. Like not a single other soul–on a Saturday morning. Hmmm…

Weirder still, there were so many empty stores with just these fake store fronts set up advertising other stores—it was like a North Korean travel tour…

We ended up heading back to town for a bit–hoping the shops would be open despite the still howling storm.

We took a long walk and saw all of the beautiful, and somewhat creepy bed and breakfasts. 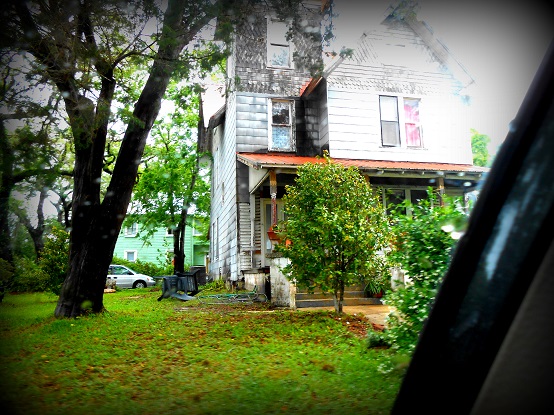 And even checked out a cute magic shop where I was easily amazed by what R.J called very obvious magic tricks. 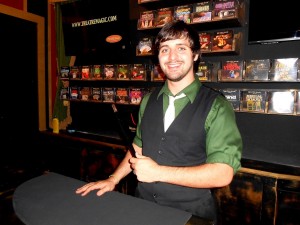 After another great lunch–this time at Columbia’s, we headed back to the hotel to rest up before dinner. We really wanted to have a fancy dinner–one where R.J could wear his new shirt and tie, and I could wear my new white dress…where we could really have a celebratory evening. Are you catching my drift yet?

I spent two hours trying to fix my hair.

Are you catching my drift now?

So as you can imagine, I was looking hella gorgeous. And R.J had smoothed down his fro and everything. We were one stylin’ couple who were clearly going on a date with intentions. So I switched purses, fixed on my fancy flats and we started to head out the door—

–and that was when R.J’s new–shiny—and VERY LOUD cell phone started blaring the storm signal.

For those of you unfamiliar with the feeling of your heart icing over, it feels a little like this sound:

We stopped, turned and flipped on the weather channel, resting our fancy butts on the hotel bed and staring down at this: 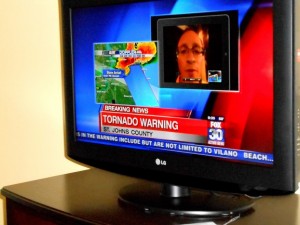 “Well, I’m not driving in this weather.” I said, because I have new and terrible fear of being killed by tornadoes.

“Is the storm even near us?”

“I don’t know where we are.”  I said, trying to recognize any location on the bright red map. “Are we in St. John’s County? We’re in the middle of farmland though! Isn’t that were tornadoes usually hit?”

“I don’t think it’s a big deal,” R.J said, but when the lightning cracked outside our window and the rain started falling in dense white sheets, he did look a little nervous.

Our reservation was coming and clearly going and we were still glued to the TV like–this isn’t actually happening. We’re not actually trapped in the hotel room on what is supposed to be the most romantic night of our lives. 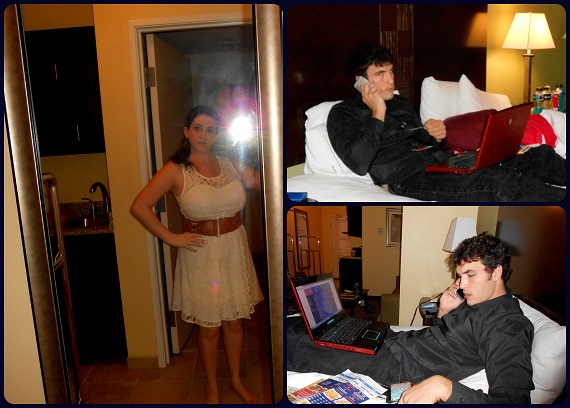 “There was an immediate sense of frustration–then acceptance–and then recognition that this is just the way our lives have always worked–and any less than a TORNADO ruining our first vacation together would be unacceptable. So that’s when I decided that the most appropriate thing to do would be to order Chinese food and pizza and to watch a move.

So that’s what we did. We ordered food, watched a movie–and at that point, that’s when I felt like–hell, if you could say yes after all of this–the flood, and the storm, and the motion sickness and the whole town shutting down—if you could say yes after all of this–I’d know you were ready. After everything that got thrown at us–I didn’t think we were going to have any problems.”

So that’s when he did it. He asked me to stand up and I muted the TV. He got down on one knee and pulled the box out from behind his back and asked if I would marry him.

And I’ll just say that he’s lucky I didn’t break his face with how emphatically I said yes. 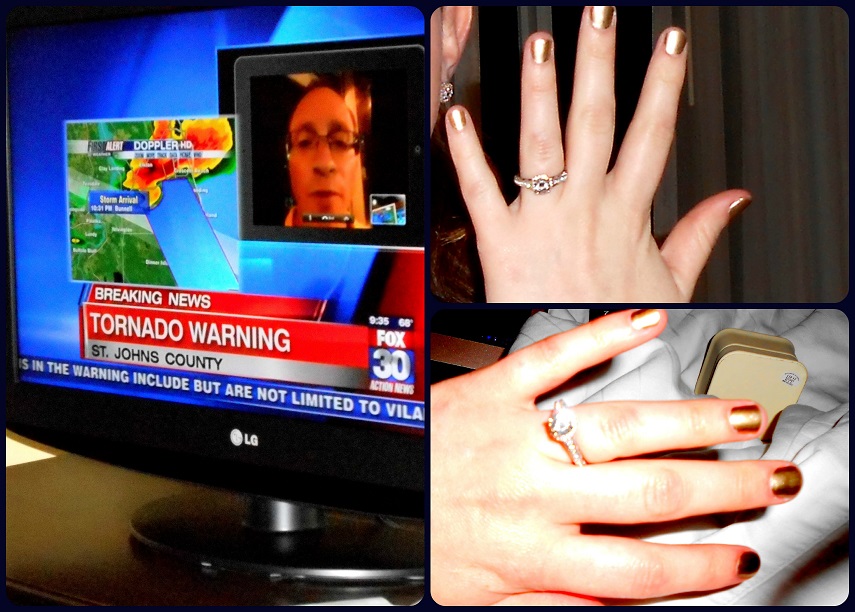 Needless to say, we weren’t swept away by a tornado. We did however order about ten pounds of take-out and had a picnic while watching Twelve Monkeys on Netflix. 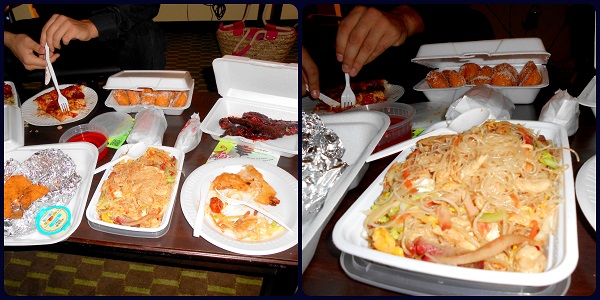 Now who’s ready for 400 blog posts on how to plan a wedding with Rare Disease and Chronic Illness!? 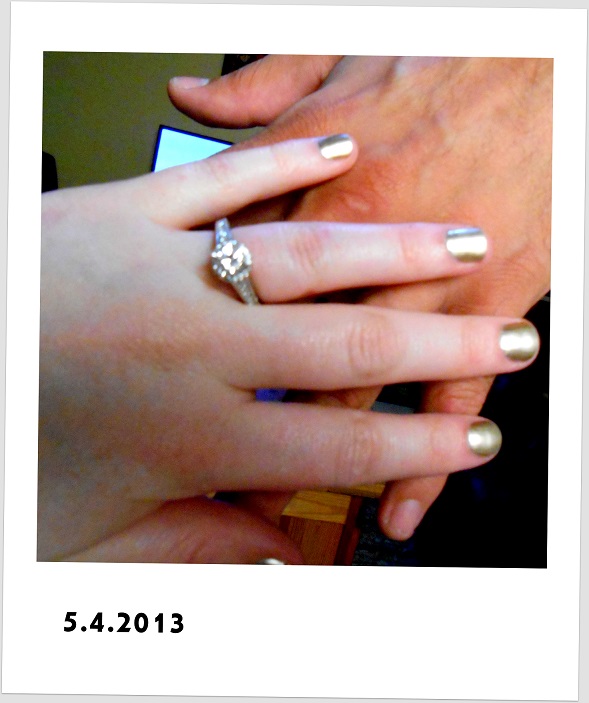 May 6, 2013
Relationships 28 comments admin
← The Experts: Dr. Santa Maria on Saline Therapy for POTS Patients Do You Work? →

28 thoughts on “The Road–The Rain–And The Ring: A Proposal in Saint Augustine.”