When you have a chronic illness, you have to realize that some things  just aren’t built for your entertainment. Specifically, theme parks. And festivals. And basically anything outdoors–like camping? Fuck camping. No good can come of sleeping on the ground in a non temperature-controlled environment. Long car rides? Bad idea. Long flights? Even worse idea. Thinking of taking a merry cruise on the Carnival Triumph? Don’t do it.

So on the long and ever-growing list of shit I should never do–there was the Renaissance Fair. (But it’s okay, I had a great time)

Now I actually have been to the renaissance fair. My family used to go all the time when I was a kid and I loved it. It wasn’t until I was about thirteen and I realized that all their facilities were porta-potties that I was like: never again. I mean I don’t even use bed pans when I’m at my worst in the hospital. There is just no way.

But, when our friends suggested we all go this year I couldn’t say no. And even though I really wanted to go, a lot of worries were nagging at me in the hours leading up to it: would we still have the porta-potty situation? And what would walking around in the Florida sun for five hours do with my POTS symptoms? Would I be able to keep up with our group? Should I eat before? During? After?

I think anyone who doesn’t have a chronic illness would read that last paragraph and think: Jesus, you’re going to the renaissance fair–not the moon. Chill the hell out.

But my bladder doesn’t give me that luxury, so back off.

We had a large group of friends with us and everyone immediately got lost and split up. R.J, our friend Adam and I all headed off to find the frozen drinks–but really, I was on a mission. If I could just find the non-porta-potty bathrooms–I could relax and actually enjoy myself. 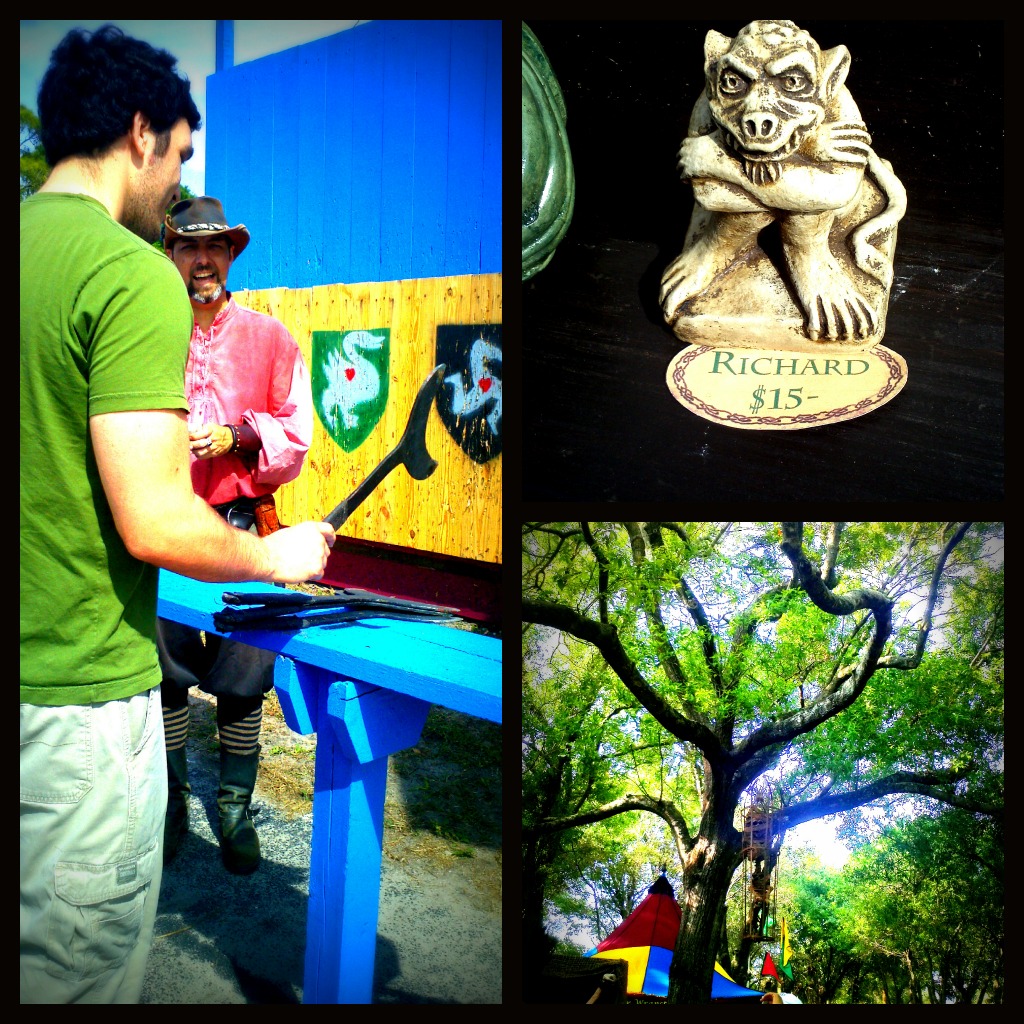 In the meantime, R.J was really enjoying some Axe Throwing, the Sliding Beer Mug Game, and the aromatic misting of funnel cake and kabobs. Did I mention it was his first time at a renaissance fair?

After some hunting, some finding friends and then losing them again–I finally spotted it! 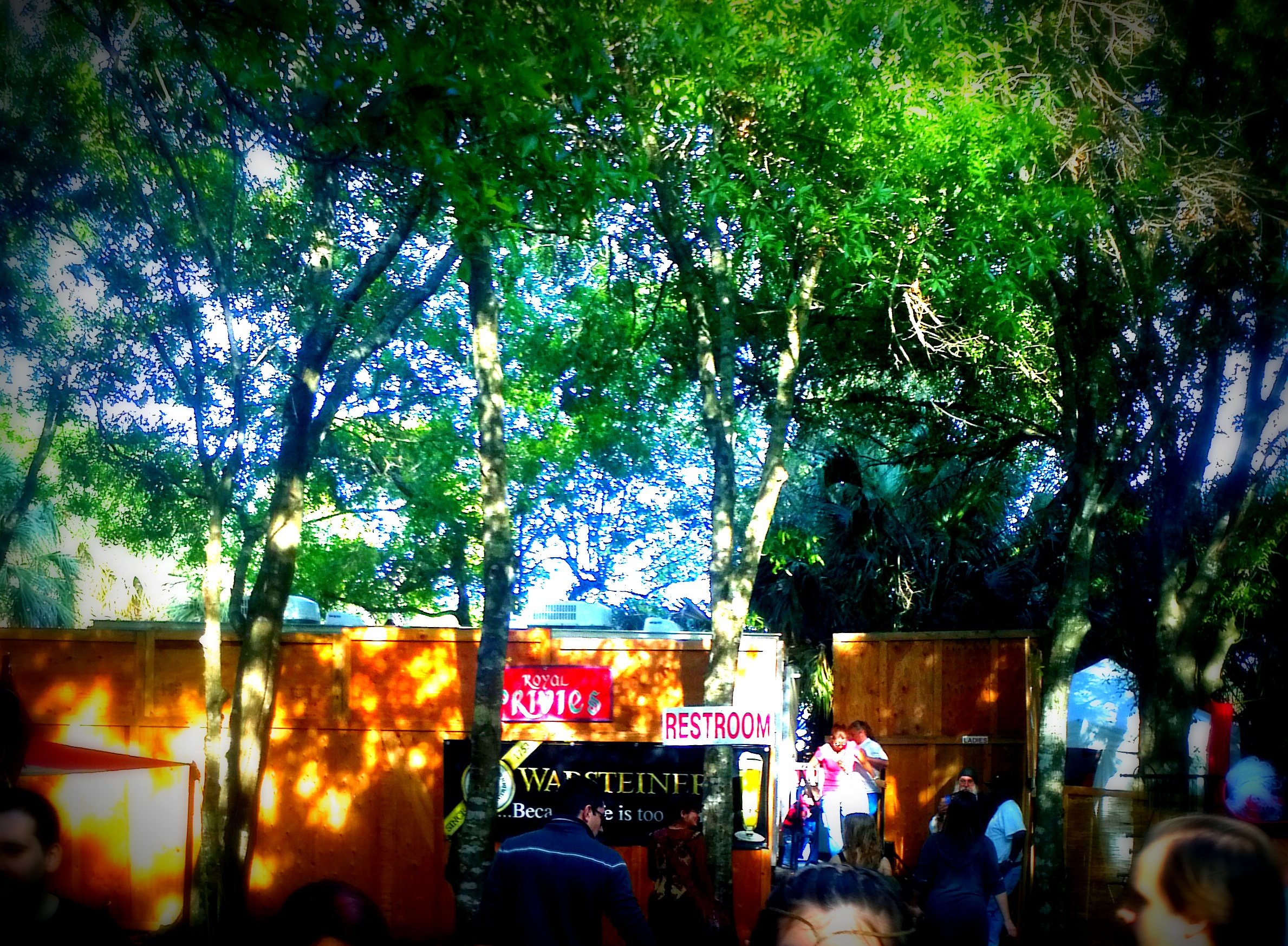 The bathrooms! And they weren’t porta-potties at all! They were actually really nice trailers with individuals stalls for bathrooms. Air conditioned. With an attendant–and aerosol sun-screen.

Yes, I am THAT excited over a bathroom.

Even though the majority of the fair was walking from booth to booth, I held up pretty well against the fatigue. I think it was my determination to shop. I kept looking for jewelry but couldn’t find anything really authentic. (Most of it looked similar to what I get wholesale from China on AliExpress.) I saw some leather notebooks that were pretty gorgeous, but I just couldn’t pull the trigger on spending $60 on a notebook when my handwriting looks like a blind fourth grader’s.

Everyone was enjoying their long flutes of rum runners, but I decided against drinking anything but Powerade. The sun was beating down pretty hard on us and I didn’t want to dehydrate any quicker than I already was.

Now I should mention that among our group of friends is Alexia Jean Grey. If you’re into the whole Cosplay scene you might have heard of her. She’s getting a real following as a model these days… 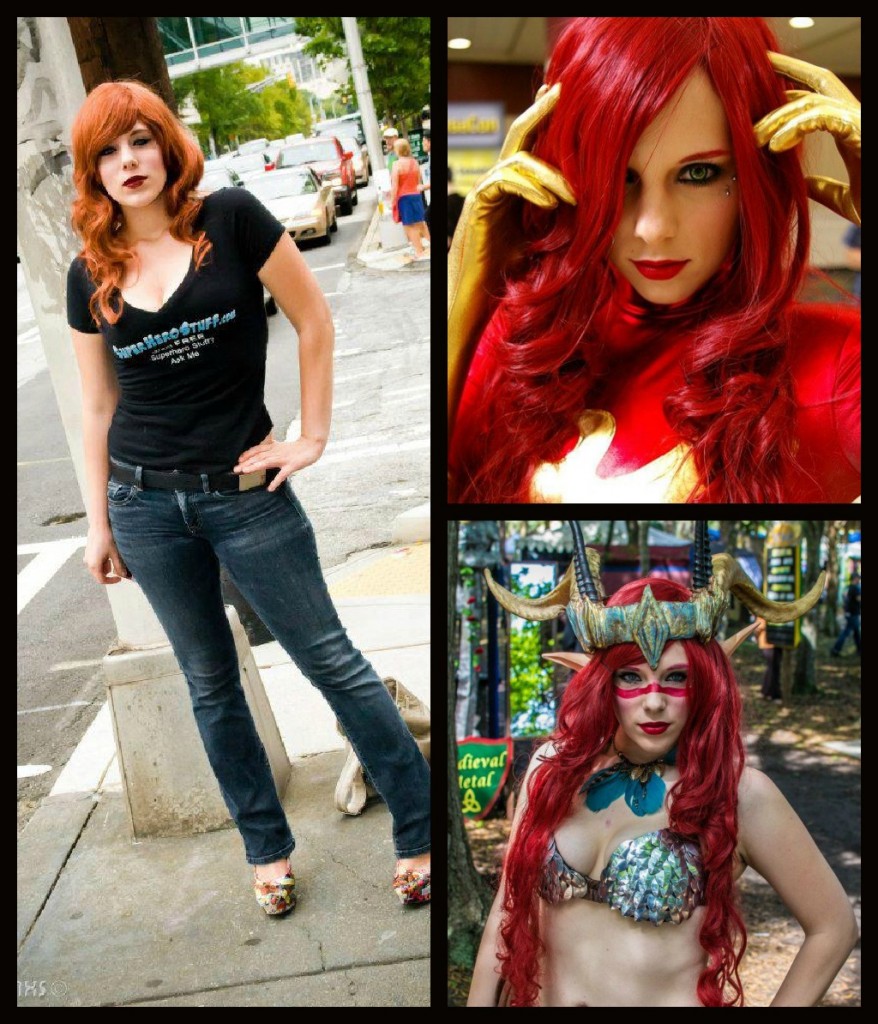 We’ve been friends with Alexia for a while now, long before her modeling days so R.J and I REALLY get a kick out of her followers when they melt over her. We mostly follow along on her Facebook fanpage–but being with her at Renfest was like walking alongside a model at fashion week…while wearing your frumpiest sweatpants–and um, everyone is dressed for the mudshow. 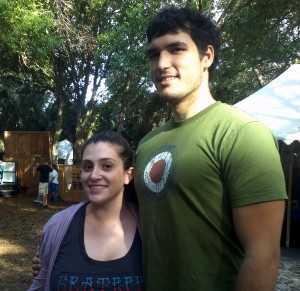 Clearly, we can’t all look as comfortable being photographed.

All day long fans kept coming up to her asking for a picture. So by the end of the day I figured there must be some real future ebay price tag on a picture with her–and of course, I wanted to show off my sexiest look on camera. 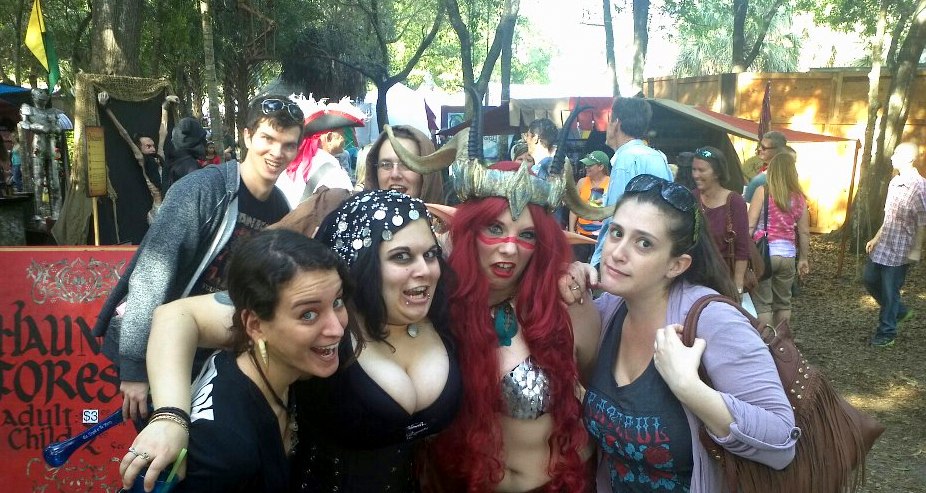 How the men could keep their hands off us, I’ll never know.

We also got this winner: 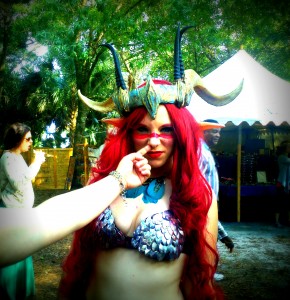 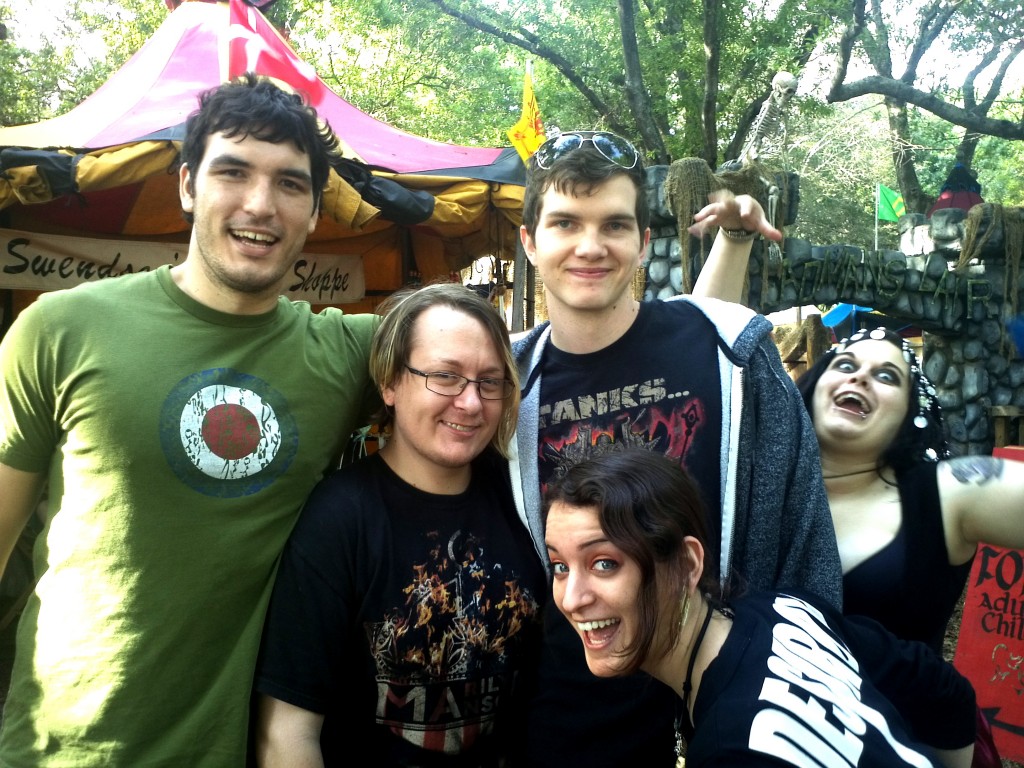 20 thoughts on “Tips for Renfest: Find The Bathrooms and Walk Amongst the Models”