So, I was a little disappointed with myself last week. I failed to prevent catastrophe and ended up falling face first into it. And if there’s one thing I know about chronic illness is that…like…85% of shit that you can’t control–can be supplemented by thinking ahead. So, last week, for me, it was realizing that cooking a meal when I’m out of spoons is a bad idea for everyone. So I finally decided to do something I should have done when I first moved out. I spent an entire Saturday cooking.

I cooked about 8 million servings of food. And I froze it so I could dethaw it and eat it when I’m spoonless and starving.

Here are some recipes I used:

a pinch of salt, pepper, and onion powder

Directions: Mix egg, bread crumbs, meat, spices, and veggies together in a big bowl. Preheat oven to 350 degrees. Pam a muffin pan, scoop the meat into each muffin slot–careful to only fill it close to the top. Place a spoon full of tomato sauce over the top of each muffin. Cook for 30 minutes, allow to cool.

a pinch of salt, pepper, and onion powder

Directions: Mix egg, bread crumbs, meat, spices, cheese, and veggies together in a big bowl. Preheat oven to 350 degrees. Pam a muffin pan, scoop the meat into each muffin slot–careful to only fill it close to the top. Place a spoon full of tomato sauce over the top of each muffin. Cook for 30 minutes, allow to cool.

1 can of Cambell’s Golden Mushroom Soup

Directions: Grill chicken cutlets, or saute in a skillet with garlic.  Add a can of Campbell’s Golden Mushroom Soup, slowly add in one cup of water. mix in cooked rice, onions, green onions, salt and pepper. 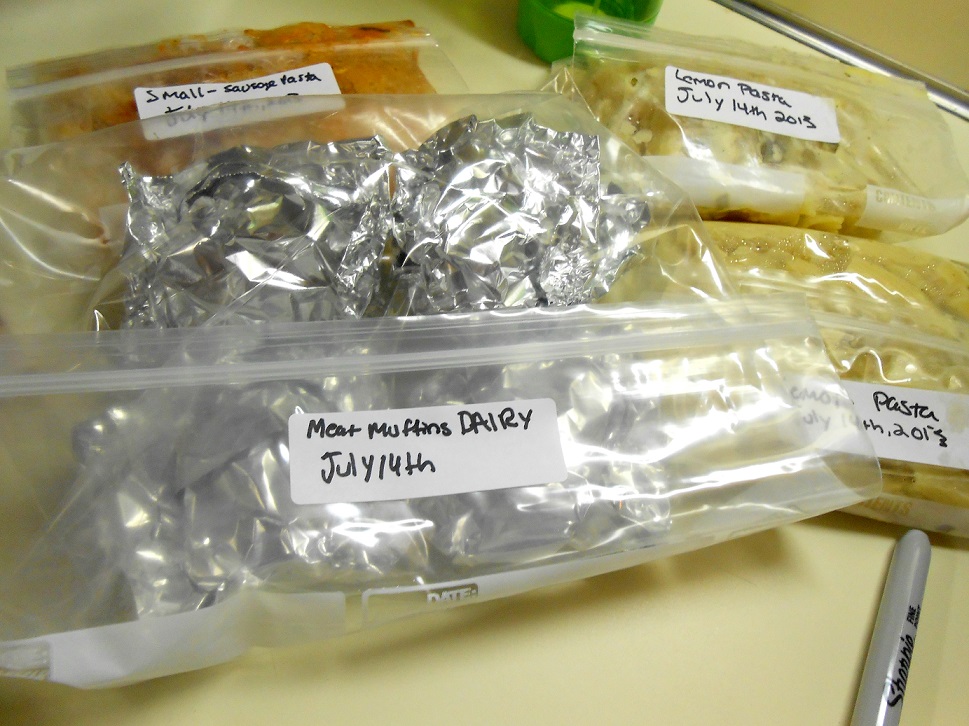 When I was done  cooking myself into a frenzy. I took a nap and got ready for something R.J and I had been waiting for, for literally weeks. 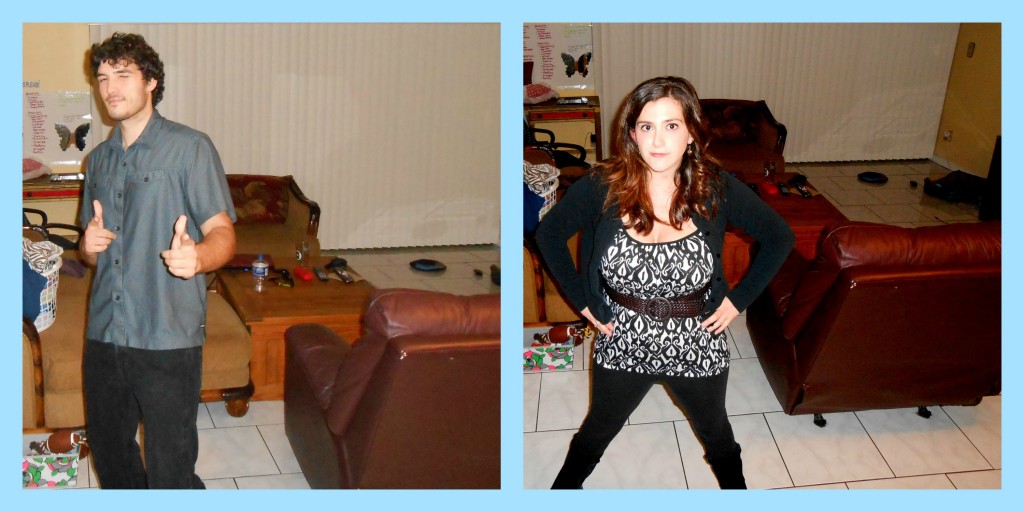 WE WERE READY FOR THE BOCA BURGER BATTLE. HUZZAH!

I (and by I, I mean Happy) bought R.J tickets for Father’s Day this year. We’d never been to the Burger Battle before, but a couple of our favorite restaurants were there, so we were stoked. Even when the remnants of Chantel decided to rain down upon South Florida, we were still revved up to get our burger on. 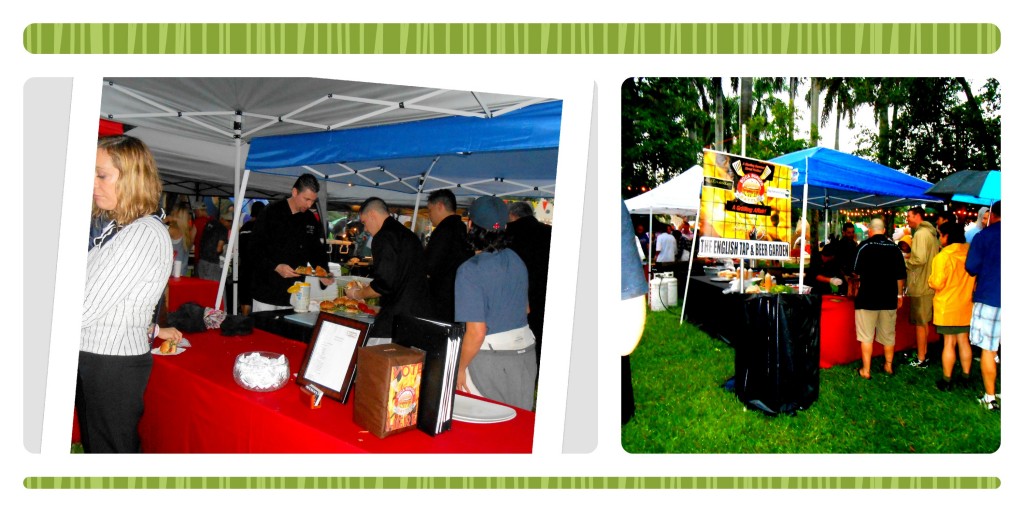 Believe, me its my flash that makes it look so bright and sunny.

The battle started at 6:30 and we showed up at Mizner Park with our little black umbrella, ready for some drizzle. But what came next was more like a torrential downpour and about five minutes into the event we were pretty much soaked to the bone. The venue was a little unprepared for the crowd and suddenly the gates opened and chefs were rushing to get their burgers off the grill–unfortunately that meant that my first few bites of burgers were mostly mouthfuls of raw meat! GROSS.

Some of the burgers were great though. One catering company had a burger combo that included goat cheese (my favorite) microgreens (another favorite) and in the middle of the bun was a toothpick contraption with a glass of beer in the middle. IT WAS TOO COOL.

And wet. Because rain.

R.J and I decided to try using garbage bags as ponchos. That kind of worked, but since there were so few tents up we ended up eating most of our burgers with a side of moisture. There were no crispy buns that day. 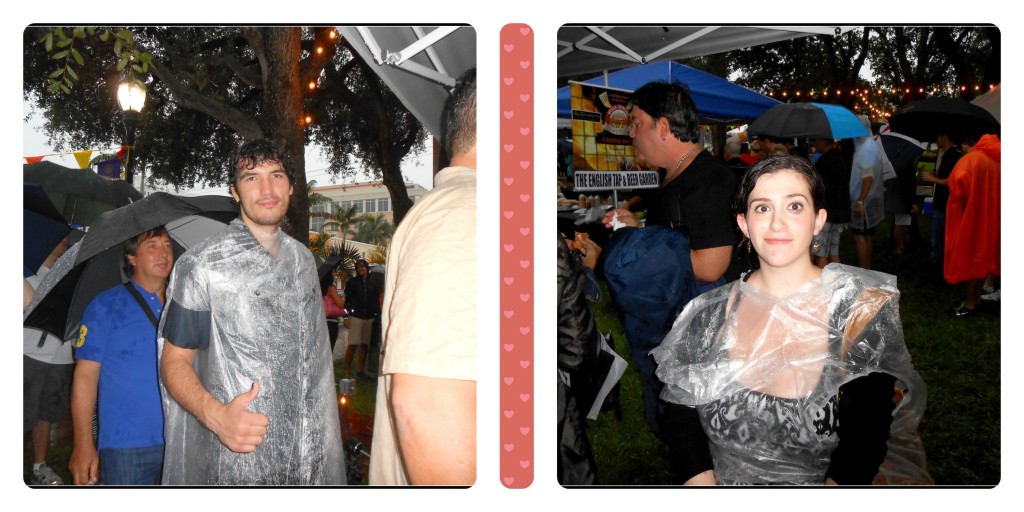 Then on Sunday I didn’t eat anything but toast in the morning because my GI wanted me to fast for the repeat endoscopy. When I got there at 6AM this morning, starving, dehydrated and strung-out the front desk told me they didn’t have me on their schedule. I almost cried/fainted, but super-mom called and got it all figured out. They took me into the back around 7:00AM and had a slight mix-up by accidently wheeling me half-way to the operating room before checking to see that I was not the patient they were looking for….that was…comforting…..

Anyways, the endoscopy went fine. My GI is considering starting me on Domperidone, a drug used for stomach-emptying. But I’m actually considering the idea of just getting off all of my stomach medication and seeing how I adjust. I don’t think I even know the natural state of my stomach anymore between the prilosec and desipramene. It might be best for me to get off everything, see which direction I’m actually going–and then pick a medication. I know that’s probably going to be a very painful process (And having to readjust to medication after that) but I can’t take one medication to correct the problem another medication might have caused…And what’s the point of all the tests if this might all just be a side effect?

Plus, I literally had several mouthfuls of raw meat this weekend.

No wonder my stomach is confused.

July 15, 2013
ChronicIllness 11 comments admin
← The Four People You Meet at Parties and How to Respond to Their Questions About Your Chronic Illness Four Things You Didn’t Know About People with Chronic Illness →

11 thoughts on “When You’re Spoon-less and Starving: Freeze-Ahead Meals, Recipes and All.”